From 20 untill 23 august 2009, we were at Lowlands-2009 with the project for which we created the software / game for Thijs-Eerens. Visitors of the Lowlands festival would jump in and play a game of Tetirs with real boxes. After building a box you could jump around an position the piece on screen by jumping on huge buttons. We used openFrameworks for the game and Arduino for the hardware. 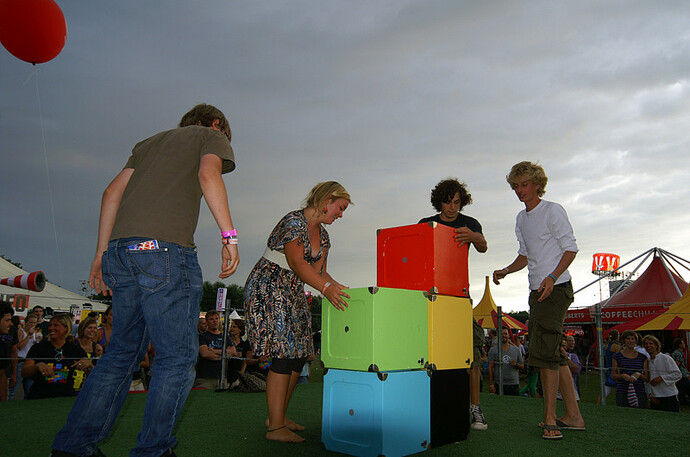