Hi Everybody,
I recently downloaded a small free application, developed in xcode (www.fffff.at/auto-smiley). I opened the project file after installing Openframeworks, MPT and QT and tried compiling the project (without modification). But here the problem: 16 errors related to unknown type names. I’m stuck. Is this a dependencies problem ? How to resolve these errors and achieve a successful compilation?
Here is a screenview: http://i57.tinypic.com/ve22rp.png

Please check out this https://github.com/bakercp/ofxSmile It updates the original code to run on a modern Xcode/oF.

Thank you for the link ! I tried this version too but again, many errors: http://i57.tinypic.com/2duy2o6.png
I’m desperate not to achieve compile an application that I have not even changed.

Did you put the ofxSmile folder in your openFrameworks addon/ folder? According to the error it can’t find ofMain.h which usually means that the addon is in the wrong place.

I have to make a mistake here. When I downloaded the ofxsmile zip , I simply open the sample file to the same folder (on my desktop). Where should you place the downloaded file exactly ? I do not really know where the openFrameworks folder. I’m really stupid …
And if I put ofxsmile into open frameworks > addons : http://i62.tinypic.com/2po1szp.png

I don’t see any errors, just yellow warnings. Does the program run?

it doesn’t. Build failed. Apart warning, There is an error occurred: ofxSmile.h file not found

It sounds like things aren’t in the right places.

This is exactly what I did. I just do it over again to check and found the mistake I did. Xcode showed me: Validate project setting and I make update of the settings. I did not this time around and it works (despite many warning messages).
Thank you for your help !
By the way, you who seem to be familiar with auto-smiley application, do you think it is possible to transform it so that instead of sending a smiley, it generates a graph laugh / time?

Yeah, it is definitely possible to make a graph of smile detections over time.

You might also look at the https://github.com/kylemcdonald/ofxCv/tree/master/example-smile example. That has a graph of smiles / time already in the example. @kylemcdonald

Wonderful! Thank you very much for the link. Just a question (yet? It gets tiring the guy), I just try compiling successfully but no window opens. This time, I put ofxCV folder in openFrameworks > addons. Is this the place?
I’m really sorry to be so hassle with all my questions but I discovered this unknown world of programming.

Anyone to help me ?

change to debug or release mode to run your program

Thank you very much for your answer! I tried Debug and release but I get the same problem. The compilation blocks at this level and is paused: classifier.load (cascadeFilename)
It generates this warning: EXC_BAD_INSTRUCTION (code: EXC_I386_INVOP, subcode 0x0). What is the problem and how to solve it? 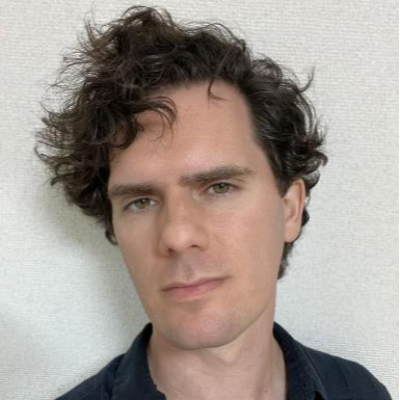 ofxCv - Alternative approach to interfacing with OpenCv from openFrameworks.