Source code for my app: https://github.com/stirem/BITWaves/tree/dev

The iPhone 6 will use the 320pt (640px) resolution if you have enabled the ‘Display Zoom’ in iPhone > Settings > Display & Brightness > View.

(This is for all iOS apps)

Thanks for the reply, but I don’t think that is the reason. I have not found the source of the problem, but the app is now in App Store, and there it gets the right resolution. But not when I build directly from Xcode to phone. Maybe something with debug/release?

Oh it was likely due to not having the Image Loading screens / LoadingScreen xib required for those devices until later when you were preparing for AppStore. Those are required for full native resolution of newer phones / devices. Should add them to template to prevent this.

Yes I confirm I’ve experienced what @danoli3 is saying few days ago,
just add launchImages at corresponding resolution in your project and your app will launch with correct resolution

I think I’m experiencing the same problem. I’m trying to use the iPhone 6’s full resolution to set the size of a video grabber and later draw it. When using ofGetWidth()/ofGetHeight(), I consistently get widths and heights of 375 and 667, respectively. When I set retina=true in main.mm, I get the correct resolution (w: 750 | h: 1334) but my grabber is scaled down.I have set up a launch image for every resolution as well. Am I missing something? Any pointers would be appreciated!

Example code (not much different from the videoGrabber example) 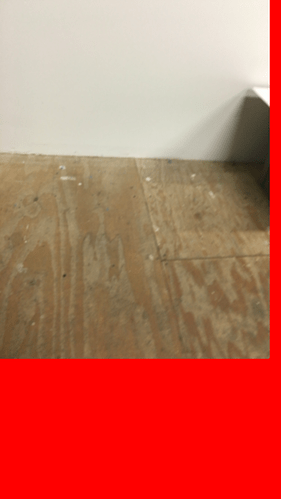 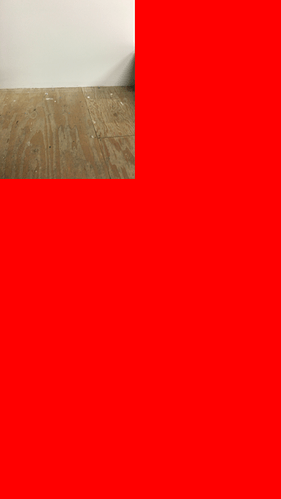 I know it has been a couple of years since you’ve posted this, but by any chance, you’ve managed to solve it and remember a way in which you’ve done so? I’m stuck with the same problem and looking for ways to show ofVideoGrabber pixels full screen on my iphone5.

edit: Solved my issue
I have managed to solve a similar situation this using this example:

Hi. I was answer your problem. but It was wrong. I didn’t realized what exactly your question. your problem is about camera on iphone. right ? and ofVideoGrabber’s update fps is going down. I Know. I was check it. Meanwhile, I Found solution for maintain 30fps on runtime when grabbing camera frames. (actually, I got same problem too. So, I need this solution just like you

) 1) I recommend turn to Release build mode. It is up to fps some 5~8 fps. 2) use [ AVFoundationVideoGrabb…

What I’ve learned in addition to that post was that AVFoundationVideoGrabber.innitGrabber(w,h) takes only specific camera formats such as 640x480, 1280x720 & others. I used 640x480 camera setup for my iPhone5 (screen size: 568x360), and when drawing, I offset it a little bit so that I would see most of the camera on the full screen, as in img.draw(-60,-31); It works quite well I must say.