Hello, i been devoloping in windows for first time. I’m almost done with the app but when i try to run the app in other pc computer i get this missing file, people should download a package or something to run it? 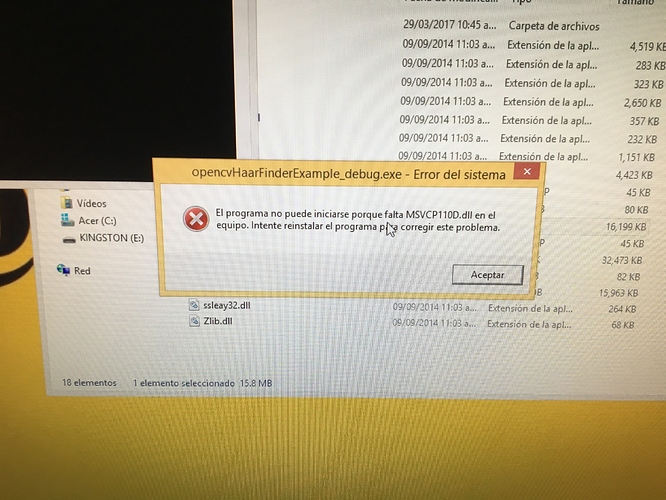 Your application will be way faster in release mode…

Hey! i also try out release mode got the same. I will try redo the project.

This dosn’t come in the VS default installation?

It comes with VS, but your end users may not have VS installed. When shipping anything done with Visual C++ you must also ship the associated VC++ redistributable.

Got it.
Also i been working with openCV with no issues. Right know i re-build the project and is not generating any .exe and is only happening using openCv already try other examples. Also, i try a new openCv example having the same problem looks like a linking problem you had this probem before using VS?