This goes in beginners b/c I’m a beginner with win7. I’m running into some totally baffling behavior trying to load images/movies in win7 64 bit. I’ve compiled the app in CodeBlocks using gcc -m32 so its running in emulation mode, but for instance the imageloader and movieplayer examples look like the pictures below. I figured compiling to 32 bit would be fine for freeimage/quicktime, etc, but apparently it’s not? I also tried running the app as administrator, editing the files, changing all the user settings around, to no avail. Any images/fonts/movies are loaded (note the vector graphics from the data) but aren’t displayed. Anyone have ideas/experience? 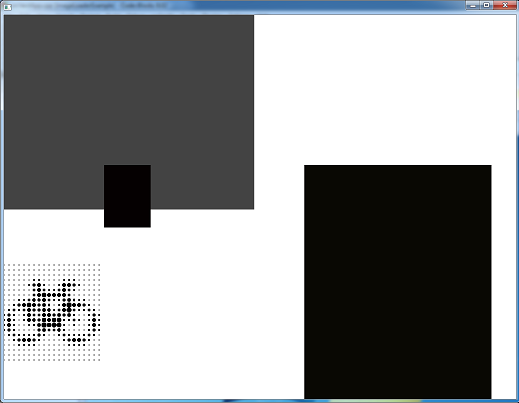 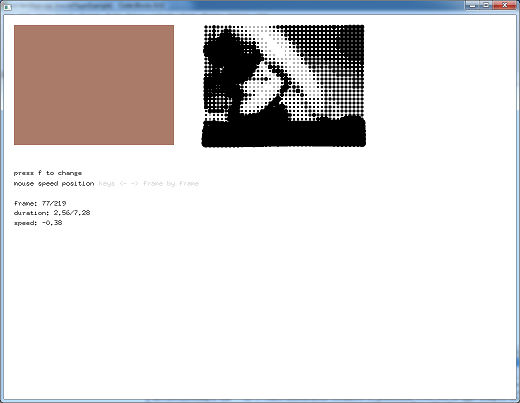 if you compile normally, what do you see?

the textures look wonky, but I can’t predict why. What does the texture example look like?
the data is there (circles look fine) so it’s specifically textures that are problematic.

If I compile normally I get the same thing. I don’t know much about running 32 bit code/libs on 64 bit machines but what I’ve read leads me to believe that it’s more or less ok but just to check I compiled the app as 32bit. I would think it was the hardware except that I ran some stuff on this same machine with XP last week before it was updated and didn’t get any problems.

I’ll check the texture example out as soon as I get back to the lab and see if that gives me some more info. Thanks!

So, as an update and maybe to help someone else out in the future, it was just a graphics card issue not being fully compatible w/Windows 7. Apparently some of the older matrox cards (I was using the Matrox M9140 LP PCIe x16) will not do textures properly on 7, but work fine on XP. Thanks for the help,