What is the status of iOS with OF?

I’ve not done any OF coding in two years, went to the Unity dark side, but I need to get two former OF projects running quickly, one of them being in OF.

I tried opening my old app in 084 and got tr1/memory errors…
https://github.com/openframeworks/openFrameworks/pull/2764

I downloaded the nightly build from the download page, My app doesn’t work at all, when I try the empty example I get a lot of …

With iOS you now have to provide a universal 32+64bit universal binary.

As I’m out of the loop, can anyone fill me in on the status of where the iOS stuff is at?

Only OF0.9 (i.e. the version from github) supports 64bits on iOS. So you will basically have to convert your project form an older version to 0.9.

“tr1/memory” had some includes which are now part of the c++ standard, and they should be removed. shared_ptr and other goodies are already available without any extra include.

Thanks. I downloaded the nightly build of_v20151014_ios_nightly.zip

Opened Empty example, did a clean and build.

Does anyone have it working for 32&64it universal builds? What did you do to fix this? 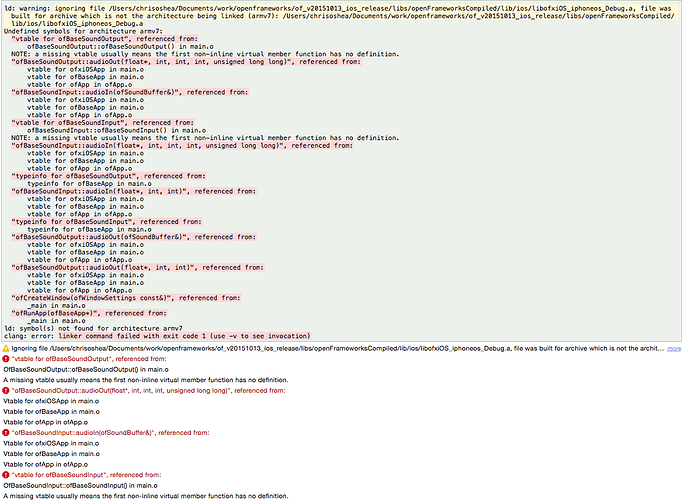 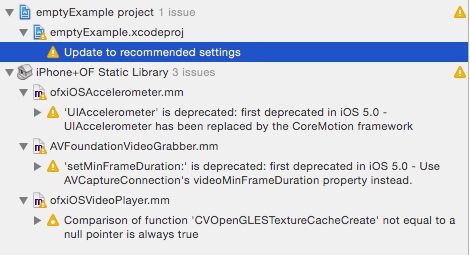 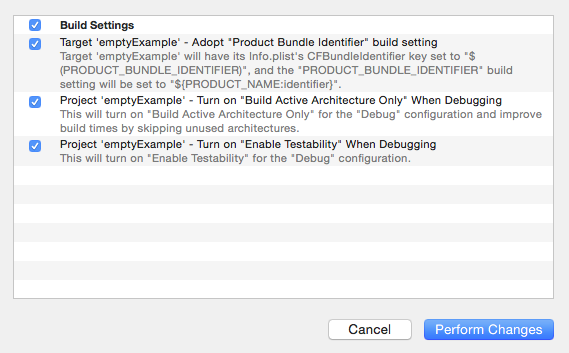 Hey Chris -
I just tried the nightly download and was able to build fine for simulator.
Are you trying the examples first?
Are you doing build for device or simulator?

What is your setup ( Xcode version / os x version etc )