I am beginner programmer OP. If i try compile my project, i have 490 errors, which they have relationship with visual c++ librares. I have changed include directores in project properties, but project still not working. 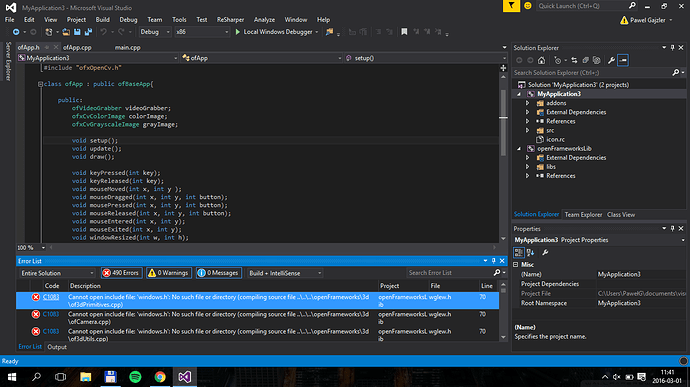 Hi @proxna, which version of OF are you using? From what I’ve seen, the build target usually says either Win32 or x64, and since yours says x86 (next to the dropdown that says “Debug”) I’m guessing it’s an older version? VS2015 support was added in OF 0.9.0, so make sure you’re on that or newer.

Did you ever figure this out? If not, are you able to compile any of the example projects?

Yes, i tried, but the effect is the same.