Hello, I’m looking around to other ways to have multithreading in openFrameworks. I had a look at TBB and the parallel_for loop https://www.threadingbuildingblocks.org/tutorial-intel-tbb-generic-parallel-algorithms

I’ve installed it using: brew install tbb and link it using brew link tbb but when I try to include it in my project, using

I’ve grepped the openFrameworks project to see if it was used, and I’ve found something in the openCV addons, but it is just a condition to see if it is used or not, nothing more.
Any ideas?

Just in case someone has the same problem, it is not enough to install tbb using brew, you have to tell xcode where to look for the header files 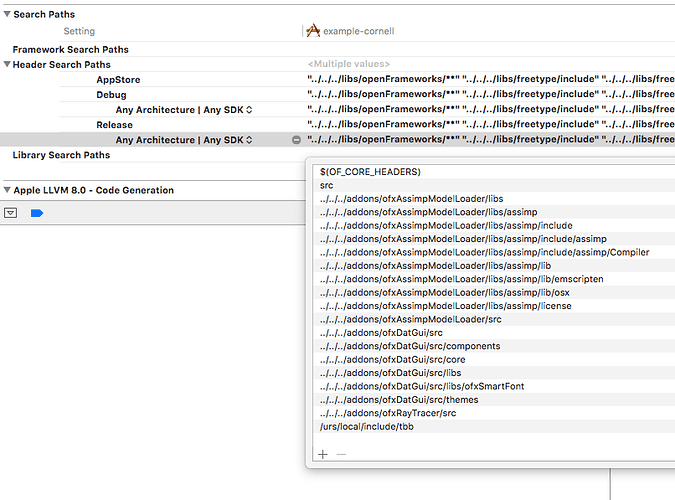