Updating the build scripts in of Apothecary

I have just started tinkering with the Apothecary build scripts on Windows 8.1. I have Visual studio 2012 and 2013 installed and was hoping to update the rtAudio files to their newest verstion so that it would support WASAPI. I changed the scripts and things work up until the build I get an error. I am using GIT Bash to do the scripting.

Here are my changes to the script:

did I miss a step somewhere?

seems i have to do some setup of the correct compiler which ffmpeg has some explanation on:
https://www.ffmpeg.org/platform.html#Microsoft-Visual-C_002b_002b-or-Intel-C_002b_002b-Compiler-for-Windows 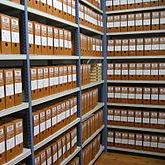 Is the all in one package for building apothecary (and other apps) on windows from the command line use using make. It doesn’t use msvc though.

Probably somewhat tricky as the compiler arguments would probably be different than the gcc args.