I have managed to set up and getting the KinectV2 working on the mac. I wonder if ofxOpenNI can be used with KinectV2 for Skeleton tracking. Or is there another solution?

Nope, not at the moment, install windows, the kinectV2 tracking is great and worth the switch.

Thanks for the reply. But is Windows stable enough for installation purposes?

Sure, plenty of people use Windows for installations, even long-term/permanent ones! (myself included)

If you wanted to still develop/deploy on Mac, you could look at getting a basic PC to do the skeleton tracking and send out skeleton data over the network. There are some existing tools for this. If you went this route, make sure your PC still meets the minimum Kinect 2 requirements. 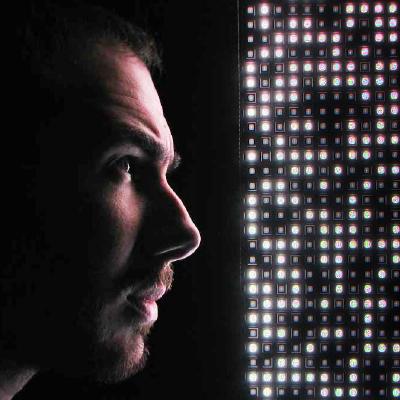 KinectV2-OSC - Broadcasts values from the Microsoft Kinect SDK over OSC

As a more experimental alternative, it looks like there is an open pull request for an OpenNI2 driver for libfreenect2, which ofxKinectV2 is based on. I would say it’s possible to use OpenNI/NiTE for skeleton tracking, but it certainly is not an out-of-the-box solution and would require lots of hacking. But maybe you’re into that sort of thing

Apologies for bumping this older thread - but this setup is exactly what I’m trying to achieve, without much success – has anyone got the whole Kinect v2 -> openNI -> -> of -> osx pipeline working yet? Thanks!

Similar question here, going slightly outside OF topic: has anyone managed to get the libfreenect2 OpenNI2 driver working on OSX ? If so, how ?

Update:
I finally managed to get Skeleton tracking with libfreenect2.
D’oh moment as I was using NiTE 1.5. I’ve downloaded NiTE2.2, then copied libfreenect2/build/lib/libfreenect2-openni2.0.dylib to NiTE-MacOSX-x64-2.2/Samples/Bin/OpenNI2/Drivers then the SimpleUserTracker sample.

did you by any chance ever package this together or get it to work with openframeworks?

that worked perfectly, thanks! I’m going to try to write an ofx wrapper for it this weekend, to make life easier for anyone else.

hey, sorry for asking the same questions, (I want to use skeleton tracking by Kinect V2 on Mac). I’ve been trying to make it works for few days, but I couldn’t. Did you solve it?

I followed the instructions by Szymon Kaliski that @mattfelsen posted but I am getting the error “Couldn’t create user tracker” when running. Did anyone made it work? I am using of 0.10.0 on mac os 10.13.