QT Creator: undefined reference to... (methods from my Player class)

Getting these errors when I’m trying to run the code.

These are defined in my “player.h” file: 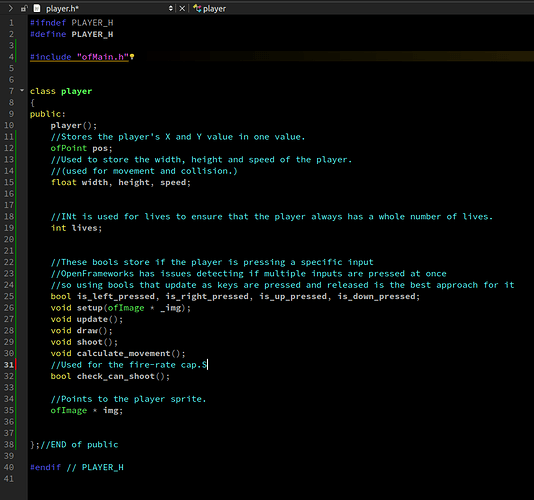 Sorry for all the posts, I’m really new and kinda struggling rn

Undefined reference means the cpp file (ie player.cpp) was not compiled. Do you have this in your project ? The h file is enough to help files like ofapp.cpp compile but you need to have the player.cpp compiled when it goes to link.

It should be in my project? Is there something wrong with this file? 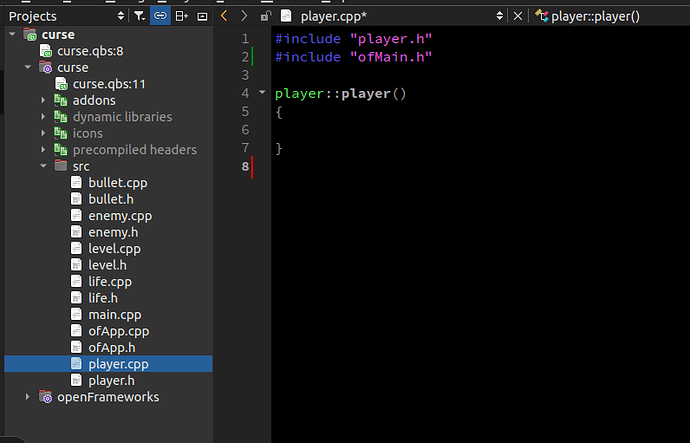 Yet again I’m really really new to this

In general when I see undefined reference my first thought is, am I missing a cpp file? Sometimes with different IDEs you can add a file but it’s not set to be part of the project. (On osx I think this is “add to target”)

They should be defined within the player.h file here 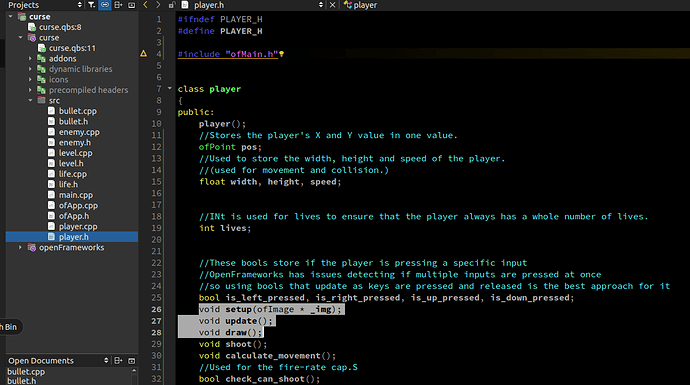 In the cpp file. Similarly a draw function.

The h file is just a kind of “list of ingredients” but in this case, the function hasn’t really been written out anywhere. You might want to read about function definition vs declaration. It’s Similar to how ofApp h and cpp work with update and draw….

The are declared but not defined - meaning you said what the fun thing is called and what Params it takes but it hasn’t actually been implemented. Please look at ofapp.h and ofapp.cpp to see how update and draw are written in both places. 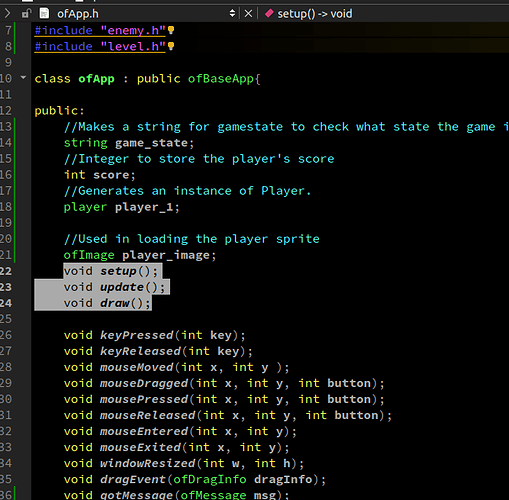 Yes but see also the ofApp.cpp - they are there too. That’s what’s needed in your player.cpp

Also if it helps, I’ve been following this guide, which led me to these errors. (Im mostly using it as a way to experiment with and mess around with to understand better how OF works)

Can you check this code then ?

openFrameworks community book. Contribute to openframeworks/ofBook development by creating an account on GitHub.

In particular the player.cpp seems to have the missing functions.

Oh shoot, I had no idea there was a completed version of this code available!
Thanks a bunch for this! And thanks sm for the help!

I kinda struggle to understand stuff from just reading, just gets jumbled up. I learn from tearing things apart and seeing how they work.

I think I get the main idea of what you’re saying, but I just need to see it in action and mess around to see how it works!

after looking through the guide again, it seems any additions to player.cpp are absent from the guide. Seems they ssomehow missed it out?

I’m still getting the “undefined reference to 'player::player()” error, now pointing to here in my ofApp.h file: 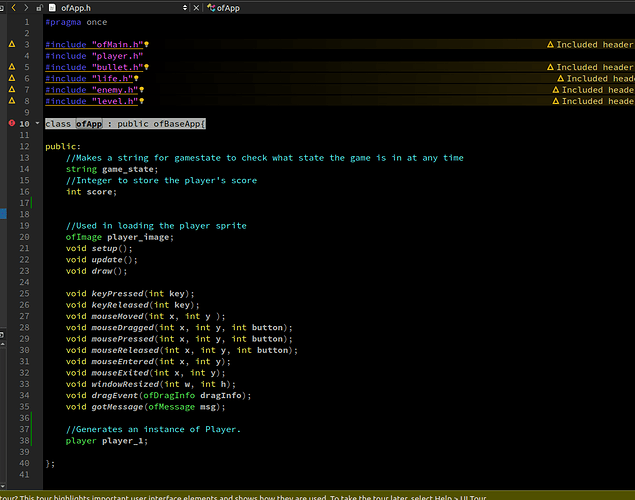 At this point I’m honestly completely stumped on what’s causing the issue.

I have my voids setup in my Player.cpp file and the error no longer points to my ofApp.cpp file.

This is the compile output when I run the code:

I bet your player.h has a constructor defined but not in your cpp file similar to the previous issues. Can you please check the h file from the completed code where the constructor is not there.

Maybe the chapter code is not up to date ? You might want to compare and see if there are differences.

Thanks for all your help.

I took the Player and playercpp files from the completed code and pasted them into mine, and I believe what you just said above is the solution to the issue.

This is the sweetest blank box I’ve ever seen in my entire life! (its not loading the image for player, but at least it compiles! Should be an easy fix of directory issues) 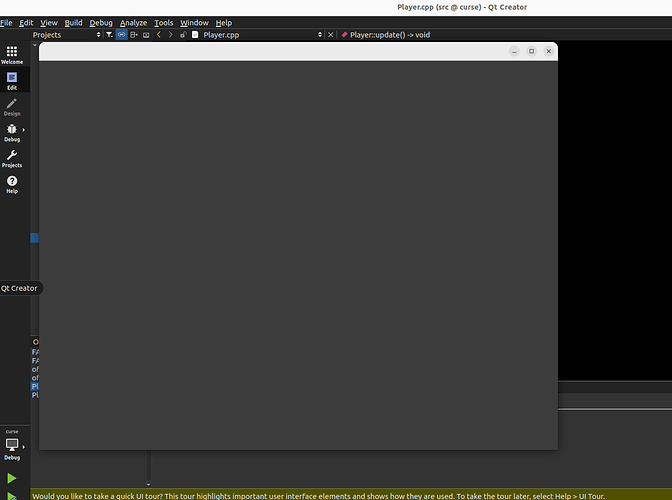 Also the actual chapter in the guide itself is missing anything to do with Player.cpp, unless I’m super blind