First of all, I could successfully compile and run of_v0.9.8_android_release/examples/android/androidEmptyExample on Android Studio.

But I wasn’t sure how to properly add ofxPd addon on top of the androidEmptyExample.
So I just tried locating ofxPd folder into androidEmptyExample/src but when I build it, It fails with the errors as you can see in the screenshot below. 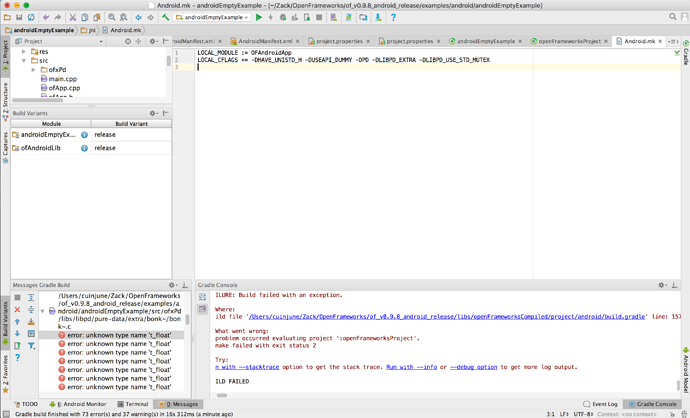 I thought it has to do with C Flags so I added them on androidEmptyExample/jni/Android.mk file but it doesn’t seem to have any effect.
How can I properly add C Flags on Android Studio?
Many thanks!

When I build it, now it always gets stuck in the middle of the build. 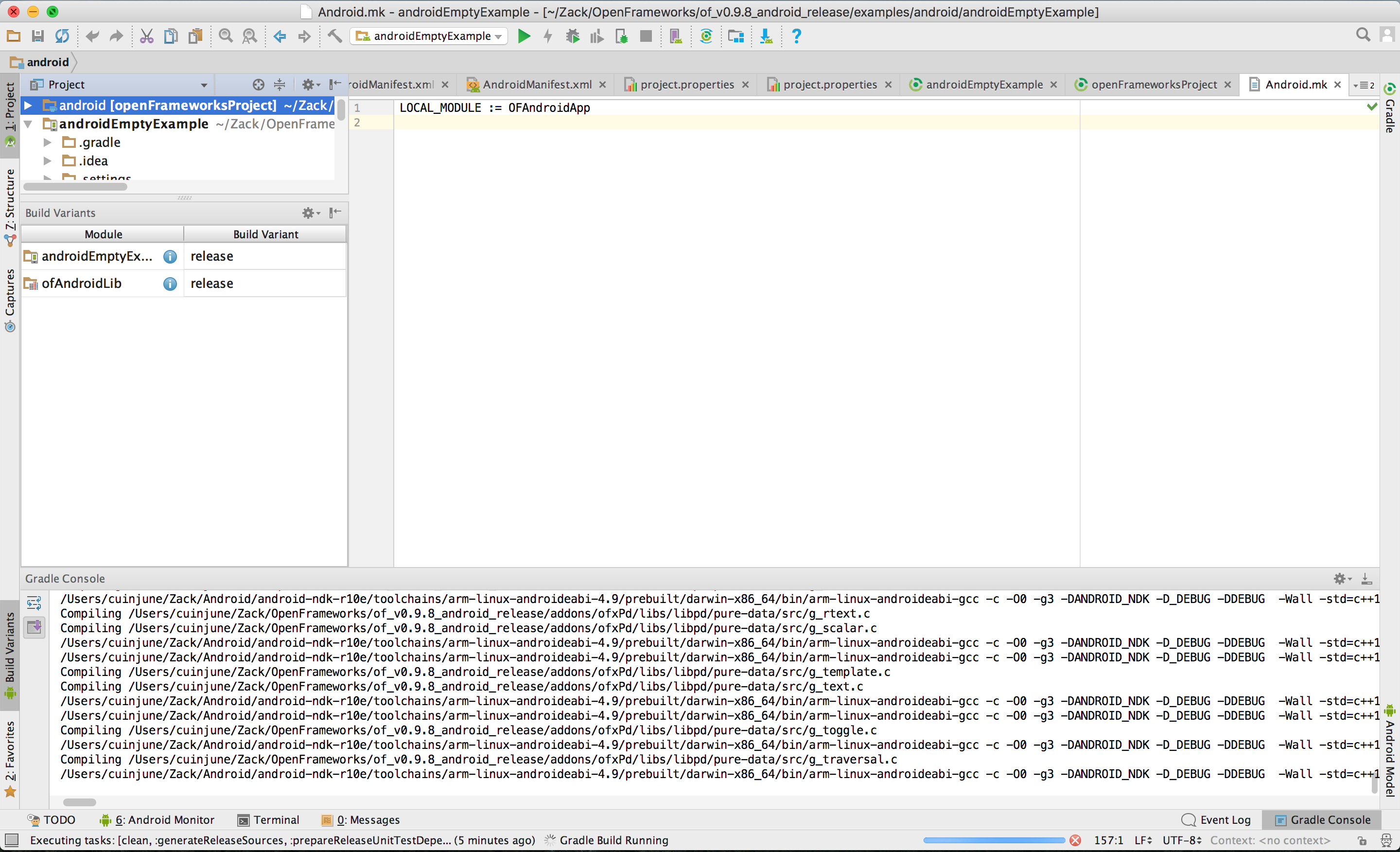 The result was the same regardless of the C Flags.
I would appreciate any suggestion. Thanks!

i remember having this same problem with android studio, try running make from a console using:

That fixed my problem.
I could successfully run ofxPd example on my Android device.
Thank you very much @arturo you really saved me.