I have run the install_dependencies script multiple times in the msys 64 shell, and it reports that there is nothing left to do. I also think that since I can build the examples from the shell, it shows that the dependencies are actually installed.

My Qt Creator kit settings can be seen in the screenshot below: 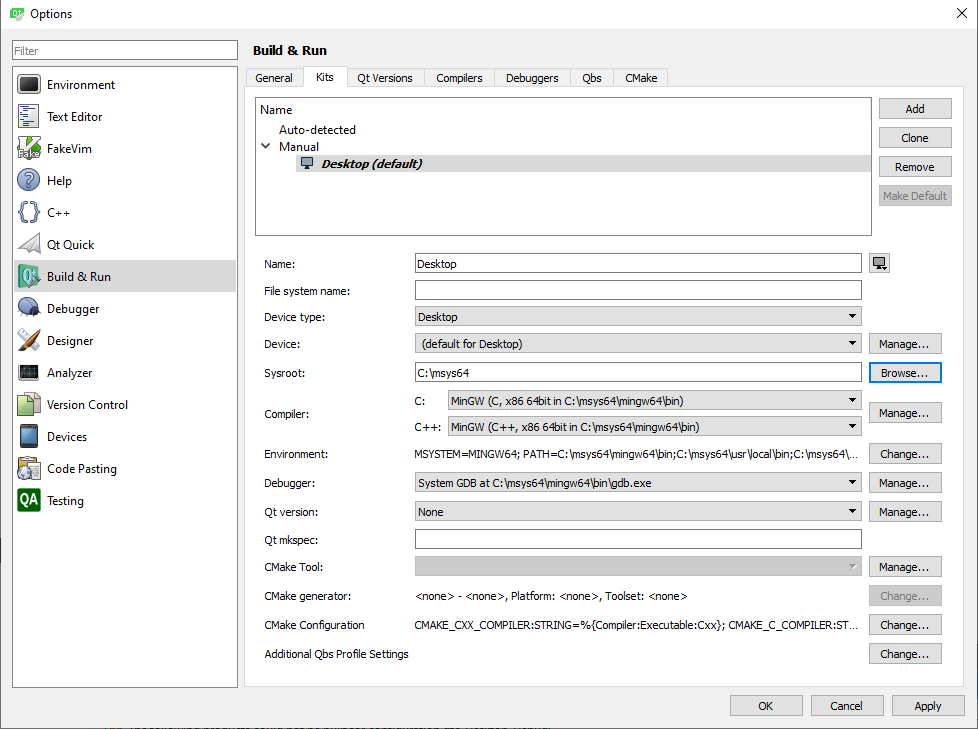 I have tried reinstalling from fresh a few times, as well as installing on an entirely different Window 10 pc, and the problem is recreated each time. I have run out of things to try, and would greatly appreciate any help from more knowledgeable users.

have you run the install_codecs.sh script as well? i think this might not be very well specified in the docs but the qtcreator projects won’t work without that

Thanks for you reply @arturo,

I was looking at the Qt Creator compile output (see below): 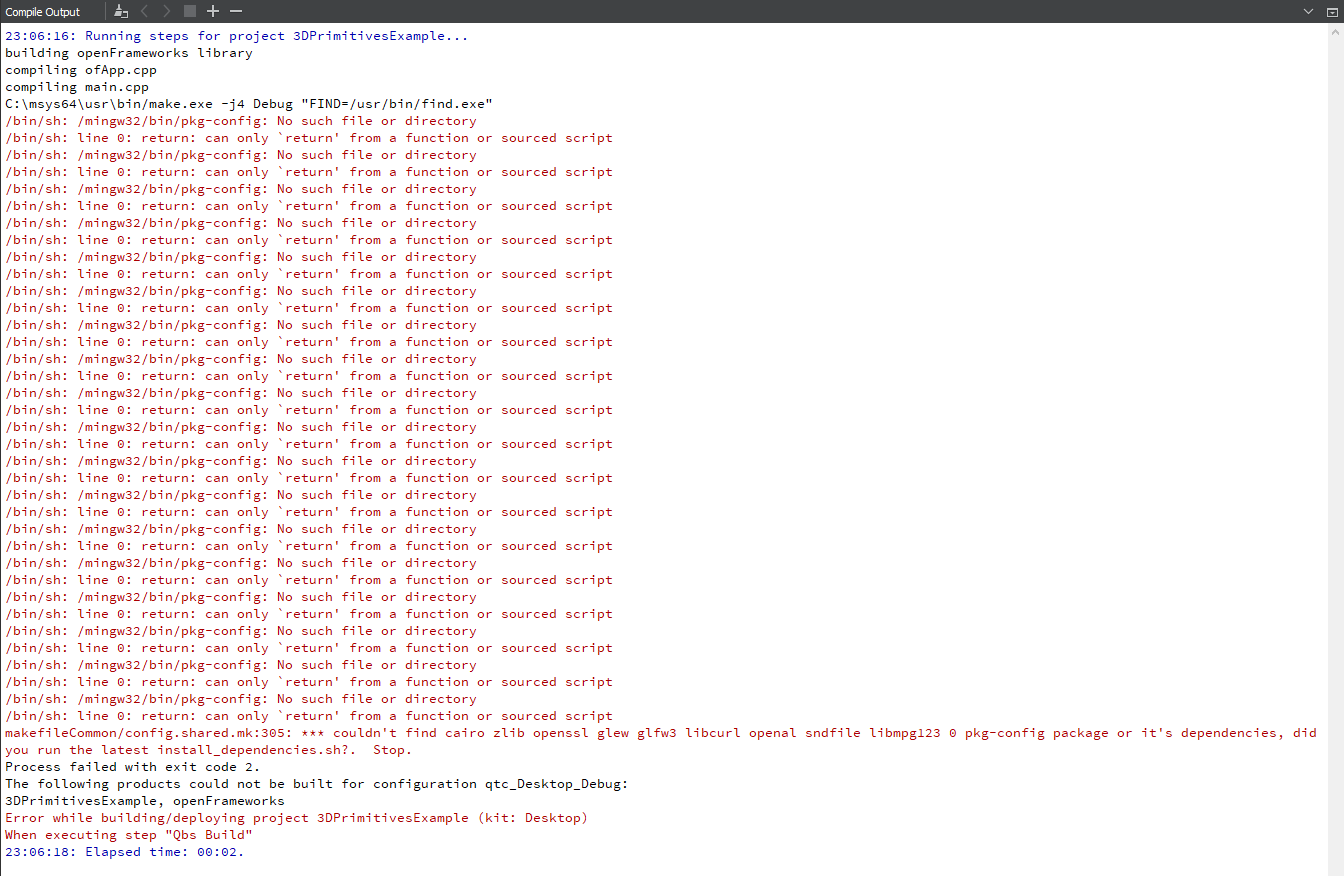 And I can see that something in the build process is trying to find the library packages in /mingw32/ even though it should be looking in /mingw64/. I did not run the “install_dependencies.sh” from the MSYS 32-bit shell - so there is nothing for it to find in /mingw32.

What could be set incorrectly that would cause Qt Creator to look in the 32-bit folder?

Reposting my solution from another thread here:

I had the same issue, but now it is working for me.

While checking libs\openFrameworksCompiled\project\msys2\config.msys2.default.mk i noticed that you need to set the MINGW_PREFIX environment variable.

My environment settings for my msys2(64) kit in qt creator look like this: