been very sunny lately with my first game thats coming soon. just waiting for the apple gods to accept it, or banish it to the darkest depths

but lately, i have been busy making some tutorials for openFrameworks, video ones to be precise. these are beginner type videos. so people just looking to start in openFrameworks.
i myself am not brilliant at oF, but think making some tutorials will help newer users. there are just a few now, but will be adding as many as possible.
these are also short ones as well. i don’t want to make an hour or so. some may go to 15 minutes, but those are yet to come just now.

i use the github repo, because of the upcoming changes in the public release of oF, im coding in Xcode, though that should not make much of a difference in the long run for what we are going through.

EDIT - i now have a custom URL for youtube now. which i have now updated this link
you can catch these videos on my youtube channel here
[YOUTUBE][1]

these are great !! it’s crazy how many you’ve done in a couple days. I really like your philosophy and approach.

my only quick feedback is that because you are using the github repo (which I generally don’t recommend for beginners) you are using the project generator from the devApps folder (which is what we use for building the project files) and not the one that actually ships with the OF download, which is pretty much the same thing, but with a simpler interface and a bit easier to work with for beginners. I think that beginners or folks who are not looking at the github repo might get a little lost, so I just wanted to flag that. I have forwarded it on to my students but with the caveat that this doesn’t look (when you use the project generator) like what they see when they make a new project. The ideas are totally the same so it shouldn’t be a big jump.

thanks for the feedback guys. means a lot

@zach
aye, i do get what you mean. i really was ‘humming’ and ‘aching’ at which one to use.
but actually did address this in the first ‘000 intro to openFrameworks’ video. and why i was going to use the github repo. pretty much because of things like the deprecations that are currently in affect. like ofDrawLine ofDrawCircle etc.
so when the update to the public download becomes active, then we can move to the public one instead because it has all the deprecations solved.
i guess its to give people that practice first off rather than having to change up later on from things like ofCircle to then ofDrawCircle. if you get me?
there was a method to the madness

also. i have a bit of time free right now. just put in my game for apples testing. so really waiting on that. so thought i may as well get these videos done. plus didn’t want to do big long videos that go through loads of different topics. figured it would be better to do bites of each. not go too in-depth first, but at least so people can get up and running.
the more in-depth stuff will come once projects and videos get a little bit more technical

but thanks for the feedback. got many more im just doing right now. so may as well get as many on. bear in mind, it won’t always be this much per day

quickly, just got an email back from a student, “this RULES.”

thats really great to know. thank you very much.
really glad these bites of openFrameworks tutorials are getting used.
just uploaded 2 more, involving loading video and using the webcam

again, thanks for the news

also. when the public release comes out that has the deprecations of the github repo in. i will be making a video on that. this just then keeps people in the know, plus will mean that folks won’t have to download a bigger file

just working on the video controls for the next video to post. but the nextFrame() and previousFrame() seem to be broken. they don’t work with switch statements or even if statements.

I’ve made a forum post on the matter, also on github. hope it gets fixed soon

actually have switched to the public release 0.8.4 version of oF because of this problem. though have made more videos regarding the why and how.
but explains that were switching because of this small problem with video, and will more than likely stay with it until the next update. but luckily I’ve talked about the upcoming deprecations as well.

but now, just carry on with the tutorials

just uploading the 22nd tutorial. this one is finishing off using ofxGui with things like the sound player and the video player.
we will return back to ofxGui since its great for getting quick UI. most likely will stick with it also.

then were going to move into using ofParameter and other such things as well for classes.
then i guess move onto things like off and ofTexture. but maybe squeeze in some mouse stuff first

im not going to always put up what videos i am putting up. but i do on my twitter account, because its quicker. which is @lewislepton
so really is just the same as my oF account. nice and easy

reached the 30th video. here we create our own reusable solar system using what we had learnt plus some extras.
thinking with whole number tutorials that i will make a proper project that we can get stuck into

thanks a lot for sharing.

also to add. i will and have been putting up the source code of the projects created in this series 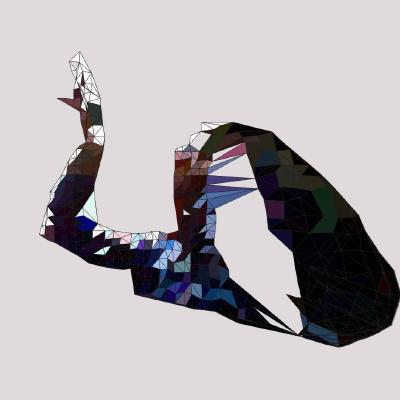 maybe it is a bit more advanced but here are some things that i am not really familiar with if you feel like doing some tutorial for :

Also i found some really great tutorials about Maths for creative coding. Examples are presented with Javascript code but every lesson deals with maths rather than a specific language which is really great because once you know the maths you cas transpose it into any language you like. I think that could be a great source of inspiration for oF tutorials : https://www.youtube.com/user/codingmath

cool spot. thanks or the math link.

as for the future tutorials. someone else has asked about meshes and shaders. these will come, maybe later though. i myself have to work out the black magic these things do, then ill make something

just to say as well. on a side note i have just released my first game. its not made with openFrameworks, but it will be getting an update in openFrameworks.
but just wanted to share
its completely free, with no IAP. it is just supported by ads

your support would be great. available for ipad, iphone and ipod touch. android devices will also be getting it soon

its video 40 tomorrow. so will work on a big project for us to do from what we have done so far

your more than welcome. glad that so many have enjoyed these
i will be getting back on these very soon. just have some work im trying to get out of the way first. then will put multiple ones up

###Converting from Processing
You picked an ideal time to release these well-appreciated tutorials. I woke the other day having resolved in my sleep, evidently, to finally jump from Processing to OF.

[googles ‘of tutorials’ and thinks…]

I wonder what new tutorials exist that didn’t when I half heartedly tried this conversion a few years ago? Hey what’s this? Oh, NICE!

And thank you for the tiny increments starting at 000. Feel free to not stop

im really happy you and many more have enjoyed. i have not made more yet, im currently not in a position to do so, annoyingly. but once everything is set up, finally moved and have a full time base, then ill get back on these.

aye the idea is to have increments of things, rather than ‘this is part 66 of making stuff - today we will be continuing our project’, but rather little bits here and around. because they can all be fit together one way or the other.