Hi there! For all linux users who want to use Qt Creator as an IDE, I’m sharing project files for qmake. Just include it in your project and you’re ready to compile OF apps! 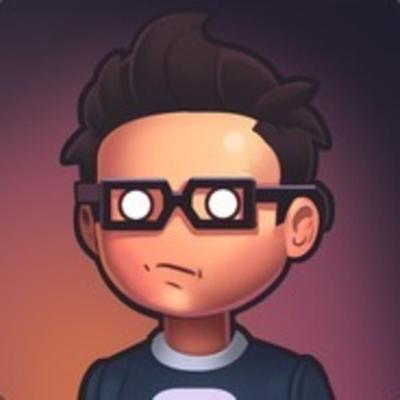 Contribute to ofqmake development by creating an account on GitHub.

I hope someone will find them useful!

Nice, very nice!
I am a big fan of qcreator! Great IDE, nice features, cross platform (I’m working under linux and osx).
Normally I import the openframeworks application (es: emptyExample) as a Makefile-project (so that I can use the standard OF addons.make and config.make files).
See how to import a standard Makefile-project here.
(I aways worked with cmake and makefile project so I’ve never got deep into qmake build system)

For the file navigation of the OF files (es: ofImage.h or ofImage.cpp) with the “Follow symbol under cursor” (F2) qtcreator feature you just have to copy all the openframeworks and libraries paths in the projectName.includes (one of the file generated by qtcreator when you choose to open a makefile project named projectName).
It is easy to have a complete list of the path, just a simple find call from the shell inside OF_PATH/libs

How is done the addons handling with qmake?

Yea, makefiles and cmake seems to what most people stick with these days. I started to use qmake just because I don’t want to deal with someones makefiles, cmake seems hard to learn, maybe it’s just me but selling you a book on a tutorial page for 60 bucks and read 600 pages to fully understand it is kinda crazy, I wish there be a site like gitref.org where you could learn a ten or so variables to start compiling stuff like qmake does.

Addons are handled by prigen project file generator for qmake, just by dropping a folder with addon into prigen window it will generate .pri file which you can include in a project and start using it immediately. I tried that already with Satoru Higa’s addons (which are neat) and it works.

Yes I totally agree, cmake is a hell !!

Samdraz have the main branch now, fork his repo if you want to keep it for yourself.
I removed my repo since I use my own OF distribution on a daily basis now.

Hello, everyone! I’m sharing my scripts which can compile OF with MinGW-w64 compiler from Linux. It means you can get fully statically working apps for Windows without touching Windows, which is really neat if you use C++11 features or if you writing apps primarily on Linux, but still want compatibility with another system. Go check out github page and try to cross-compile your apps. Let me know if something go wrong. https://github.com/procedural/crossof For those of you who don’t want to c…

Hi,guys! I tried tried to compile OF with Qt creator but it gives me the error:
No rule to make target /media/casa/Arquivos/Programming/of_v0.8.1_linux64_release/openFrameworks/libs/openFrameworks/math/ofQuaternion.cpp', needed byofQuaternion.o’.  Stop.

Hi,guys! I tried tried to compile OF with Qt creator but it gives me the error: No rule to make target /media/casa/Arquivos/Programming/of_v0.8.1_linux64_release/openFrameworks/libs/openFrameworks/math/ofQuaternion.cpp’, needed byofQuaternion.o’.  Stop.

Thanks for the help, now I was able to compile version 0.8, although with some issues.Version 0.8.1 doesn’t compile yet. But how do I do to add OF to my project? If I create a new Qt project, what sould I do to add it? I read the insctructions but didn’t figure out how to do.

Where /path/to/ is a path to folder which contains openFrameworks folder with source code and openFrameworks.pri include file from git repo.

The project is working now! I compiled OF with the compileOF.sh script and copied the source files from a codeblocks generated project. It runs, the only bad thing is that the opengl window overrides the Qt gui window.

After experimenting with qmake, i ended up sticking with @nkint solution( using generic project) and OF makefiles. Can someone tell what is use of .config in generic qtcreator projects?

HI, I’m new to open frameworks! I know you’ve already sent an example of the qmake file but could you send the entire folder so I can see how everything is linked up?

I’m getting an error that says ofQuaternion.o Error 1

hi @procedural
Thanks for sharing useful files.
I’ve built a project by qt but I’m gonna use some of the OF Addons.
How can I add them to my Qt project? ( For example “ofxTimeline”. )

Sorry for the delay in replying, usually you can include addons into your project by listing all the .cpp files and including all the directories of the addon. I made this little app called PriGen back then to simplify this process, just drag and drop the folder with an addon and it should create include file for your Qmake project. By the way, I really recommend to switch to CMake, not because it’s better than Qmake (in fact, it’s little uglier and starts to be usable only with GUI), but because it can generate Ninja projects which are blazingly fast at compiling big amount of source files.

Thanks @procedural
I added some paths to the pri file that you’ve shared and all the necessary cpp and h files to my project. The project compiled without any errors but i guess it takes a while to compile and i guess it’s ok! I wish there was a way that i wouldn’t add all the header and cpp files to my pro. I bet that would be tidier. BTW you’re right cMake is much more easier and better

@mimi_robo You can actually reduce compile time of an addon by pre-compiling it as a library and adding it’s header files to your app project, adding resulted library to the linker

Is there a way to compile the emptyExample in mac osx?
I always get errors with the arch being compiled against?!??!
I tried to compile 64 and 32 bits but it always complains about something.

Or is there anyone with cmake examples compiled in mac osx?
Bets regards,

can you give an example (emptyExample) with all the configurations for osx?
I’m trying to compile the example but it always gives me erros.
I do you include the frameworks?
Best regards,

I’m realtively new to openFrameworks and I’m NOT a Programmer but mathematician who wants to use Qt Creator with OF, but there are some problems for me.
Would be nice, if anybody could help me. Below you will find, what I was doing, maybe someone can see my mistake(s).

(2) In Qt creator I selected via ‘File/New File or Project…’ the option ‘Import Existing Project’.
-) Project name: ‘color’
-) Location: ‘/home/andreas/Programming/of_v0.8.4_linux64_release/apps/myApps/color’
-) Next Step, File Selection: Only src is marked, then ‘Next >’ and ‘Finish’.

(3) First Compilation (Build) gives me no errors and produces ‘color_debug’ as a executable with appr. 14Mb in ‘/home/andreas/Programming/of_v0.8.4_linux64_release/apps/myApps/color/bin’

(4) Adding the following Code in main.cpp:
-) #include “ofAppGlutWindow.h”
-) ofAppGlutWindow window;
-) ofSetupOpenGL(&window, 1024,768, OF_WINDOW);
This results in an executable application which can be started via Qt Creator clicking ‘Run’

ii) How can I get ‘AutoComplete’? There is no such thing on my machine