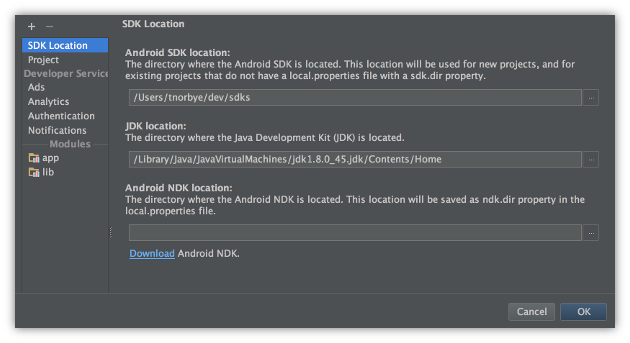 Any suggestions as to the best way to get openFrameworks setup on this?

“This build contains a big new feature: Android NDK support, with support for editing, running and debugging C and C++ code! Note however that NDK support is only preview quality, and will remain in preview status for the upcoming final 1.3 release. There are many significant limitations (described below), but we hope that the preview will be useful for many Android NDK developers even in its current state!”