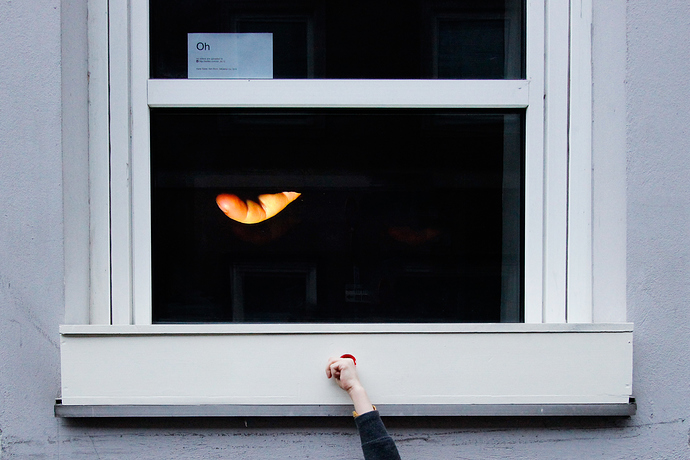 it’s a quick public space installation made with mostly OF.
it’s a box sitting on a window sill and if you put your finger in you can see it on a screen behind a window.

there’s not much of a concept, but somehow it turned out pretty funny.
there’s also a twitter feed where all the short clips are uploaded:
https://twitter.com/oh_bb15

the installation can used all day until mar/21 2016 and is in Baumbachstraße 15 in Linz/Austria.

the technical funny is that it’s made with OF0.6 FAT. i used an old mac with osx 10.7 and an ancient firewire camera (~10 years old). felt crazy going back to xcode 3! so… cheers to the archived downloads

the only non-OF part is the twitter upload. it uses ffmpeg+twitter4j to assemble+publish the videos.