Thanks, it works now, it was the strangest bug though, I had to use your instance.pd patch, delete all objects in it and replace them with the patch I was using and save-replace my patch with it…

For future reference: If anyone else works with ofxPd and ofxOpenNI in the future, you might want to try also to initialize pd before the kinect sensor.

Well we’re working on a real-time audiovisual sampling engine called ofxPlaymodes https://github.com/eloimaduell/ofxPlaymodes. For the audio part we’re using ofxPd and we’ve been adding some externals before as stated on ofxPd Github from Danomatika … https://github.com/danomatika/ofxPd#adding-pure-data-external-libraries-to-ofxpd.

Now we’ve got to a point where we would like to include XSample objects, more precisely the XGroove one … http://puredata.info/downloads/xsample

But i can’t get to understand how to do it as i can’t find the “library_setup()” method on the files of xsample as the instructions say … Also there is a main.h file on the external code that gets conflicts …
The code repository of the external is here : https://svn.grrrr.org/ext/trunk/xsample/source/

Anyone has more experience then us to tell us if it’s possible to add this object to an ofxPd project ?
Or any place where to find more information on how to include this ?

libpd has been moved into the libs folder so you may need to update your projects.

I’m looking for someone interested in helping maintain this addon. Any takers?

I´m trying to run some examples on an iphone5. I got problems compiling the ofxpd exampleIOS on Xcode. I tried both of_v0.8.3_ios_release and of_v0.8.0_ios_release.
I was able to run the same example successfully on of_v0.8.3_osx_release.

Is anyone having similar issues with ofxpd on an iphone?

Hey @Zant,
I have had success running the ofxPd examples on iphone, ipad, osx but not without errors. Can you be more descriptive about the compiling errors you are seeing? Also, I made a repo that has an ios and osx template that should be set up and ready to go with a pure data file and ofxPd addon. Give it a shot. 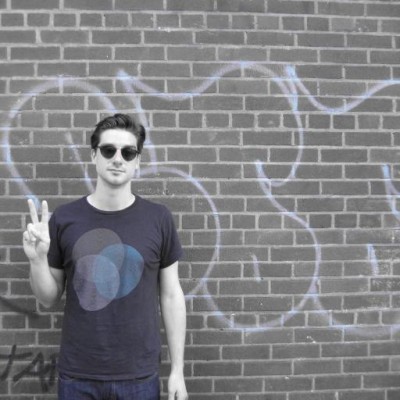 ofxPd is now updated to the latest libpd source which uses pd 0.46-4. It also now loads the extra externals by default (expr, bonk~, fiddle~, etc). I also fixed some issues with the OF Project Generator so the PG in the next OF release will be able to add the defines needed by ofxPd in Xcode correctly.

Note: there are a few newer libpd source files, so make sure you readd the libpd sources to your project if you’re updating.

Hi,
Wasn’t sure if this was the place to post, but I’m having trouble getting ofxpd to build.

I’m running a fresh install of Win7 and Code::Blocks + MinGW.

I followed the instructions for adding to an existing project and got an error that the compiler couldn’t find the pthread library. I managed to find the files needed for pthread online so copied them into the MinGW folder and renamed them to satisfy the compiler.

Now I’m getting a load of undefined references and I have no idea what’s causing them as everything seems to be ok?

Does anyone have a clue what’s wrong here? I should mention I have in no way shape or form a clue what I am doing here.

Did you sort this out? It looks like some leftover build objects between the latest ofxPd update and a previous version. There were a few source files added and a few removed. You probably just need to regenerate the project files and clean/rebuild the project.

Unfortunately I never managed to get the example projects to build on their own - it’s either this error or some error about pthread_mutex. I did however manage to get around it by manually importing ofxpd into a blank project and copying the code over.

Actually, in the last major update, I removed the example project files from repo and they need to be generated by the ProjectGenerator. That’s why the old ones didn’t work.

That’s what I was doing - copying over the source files from the example folders and then getting the project generator to make project files etc. Knowing me though, It’s probably something I was doing wrong.

Yeah, this was actually my fault due to some missing libpd files. I’ve fixed in an update to ofxPd today. Update ofxPd and regenerate your project.

Hi Francesco,
Have you got ofxpd working nicely for you on android now?
Thanks
Miles

Hi Miles,
sorry but too much time has passed since my post (3 years) and I cannot remember what worked and how.

Hi All, pdExample and pitchShifter build successfully but pdMultiExample segfaults in ofx 8.4 linux 64 CB with current version ofxPd, anyone with same issue?

But i can’t get to understand how to do it as i can’t find the “library_setup()” method on the files of xsample as the instructions say … Also there is a main.h file on the external code that gets conflicts …The code repository of the external is here : https://svn.grrrr.org/ext/trunk/xsample/source/

EDIT: Looks like it might be “xsample_main()” judging from the main.cpp, although the usual pd external conventions noted in the readme is LIBRARYNAME_setup(). In this case, xsample is using Flext which abstracts writing dsp externals between pd and max so I imagine “xsample_setup()” is probably declared via Flext for compatibility with pd.

Hi All, pdExample and pitchShifter build successfully but pdMultiExample segfaults in ofx 8.4 linux 64 CB with current version ofxPd, anyone with same issue?

Yeah, that’s due to the instance functions not being currently thread safe and the main and audio threads trying to grab them at the same time. I added a mutex to the example so it no longer segfaults.

Is there a way to get around the dropouts you get when you refill a soundfiler? Is this is due to soundfiler not being multithreaded?
We have to do this dynamically in app. At the moment we use ofsoundplayer to mask the loading dropouts whilst PD silently starts and stops underneath.
This feels a bit hacks to me, so I was wondering if there was any c++ trickery that can solve this issue