Out of curiosity I’ve been playing around with OpenSteer ( http://opensteer.sourceforge.net/ ). I’m pretty sure this can be a very useful library at times, so I wanted to know how it may work together with openframeworks. It actually does quite nice and I wrapped the result up in some sort of almost an addon. It’s not complete but a starting point on how to use the (not very well documented) open steer. So I thought I’d share it regardless of its current state.

You can check the repository out here: https://github.com/underdoeg/ofxOpenSteer

I attached an example project for linux as a zip to this post, but it should work on other systems as well… 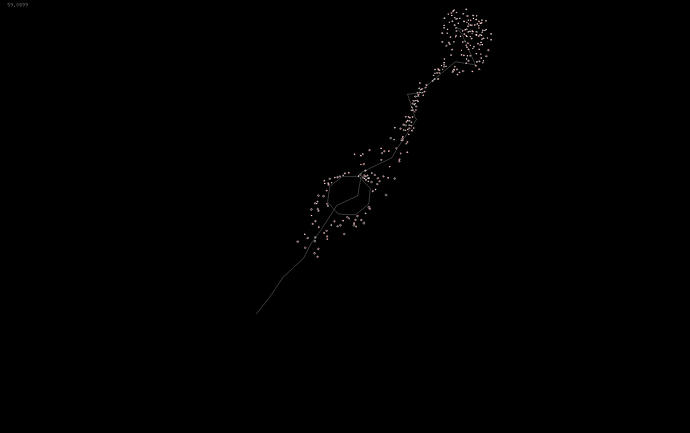 I look forward to playing with this when I get chance - does this have the driving stuff? (I know, I know, just look at what you posted, but it’s really late and I’m really tired :P)

So far It only has path following, circular obstacle avoidance and avoidance of other vehicles…

Imho, this is one mean add-on bro. Much cleaner (in an OF-ish way) than my own hacked-up and failed implementation way back then. I’ll use this instead, but I have to port it to OF 0061 1st to use it. Tnx a lot for sharing.

hey thanks. glad you can use it! If you don’t mind, please post your port to of .06 as well when you’re done with it…

I just forked/updated (which may not the best way) it because there were some problems with opensteer inclusions
https://github.com/gluon/ofxOpenSteer

Can we use this to display only GL points without changing the opensteer lib ?
Can we use multiple path, multiple obstacles, all moving ?

I’m interested to test it for around … 8k points

Hi. Did you make those changes for os x / Xcode? Because I think on linux I’ll still need those OpenSteer/ but I’ll check it out and test.

With just drawing GL point you mean to lose the default circles and have your own draw routine? You should be able to do that by extending the vehicle and then have your custom draw routine: https://github.com/gluon/ofxOpenSteer/blob/master/src/ofxOpenSteerVehicle.h#L17

Multiple paths should work, but I have no idea about all moving. try it out…

Ok for the custom draw routine.
I guess I’d “just” have to create draw with my gl stuff, right?

Is this project dead now? I can’t get the example to compile using the newest xCode or newest OF. I changed my compiler to the one recommended in the bug post, but then I’m nailed with a bunch of other errors that makes me think there’s something more serious going on…

Has anyone successfully compiled the ofcOpenSteering example using the latest Xcode or OF in the last month or so?

this looks like a recent fix for compile issues:

changed 2 files with 2 additions and 2 deletions.

did you post an issue on the github repo with your problem? I think that would be the best way to get some support on the addon.