Hello, I was using the Kinect with Processing and SimpleOpenNI and I wanted to try with OF on windows 7 so I have erased the windows sdk and all the kinect drivers.

Then I have restarted and plugged my kinect again. Two drivers start to install automatically : Xbox NUI Audio and Xbox NUI Camera. I have replaced the two of them with the libfreenect kinect drivers included in the ofxKinect addon (ofxKinect/libs/libfreenect/platform/windows/inf).

But there is no mention of any motor… So I can not update the driver motor.

When I try to use the example with Code::Blocks I get these messages :

Do you know how two install the 3 drivers properly : camera, audio AND motor drivers ?

You need to (re)install the kinect’s Camera, Motor and Audio drivers from ofxKinect’s following folder : ofxKinect/libs/libfreenect/platform/windows/inf

Thank you for your answer but I had figured that part. I just don’t know how to proceed. I’m not used to install drivers manually.

I tried to update the drivers with the Device Manager. It seems to work for the Xbox NUI Audio and Xbox NUI Camera but the motor never shows up.

And I still get the same error message.

That’s strange, I have the same setup (ofxKinect on windows 7) and the three devices showed up in the Device Manager as I plugged my kinect.

You’ve probably already tested this, but try to unplug / replug your kinect, change the USB port, and maybe restart your computer ?

No idea why this doesn’t show up… I hope you’ll get it working !

I have tried with another Kinect and the motor finally appeared in the Device Manager.

Now everything is up and running.

I am having the same problem… I have a Kinect for Windows. it works fine on my mac.

here are some videos of it… 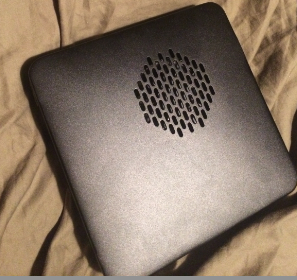