I am trying to use ofxGui in my project but having problems when drawing a UI:

Instead of the value of a slider, it looks like the address is being displayed.

Here is a screenshot of the oF gui example program: 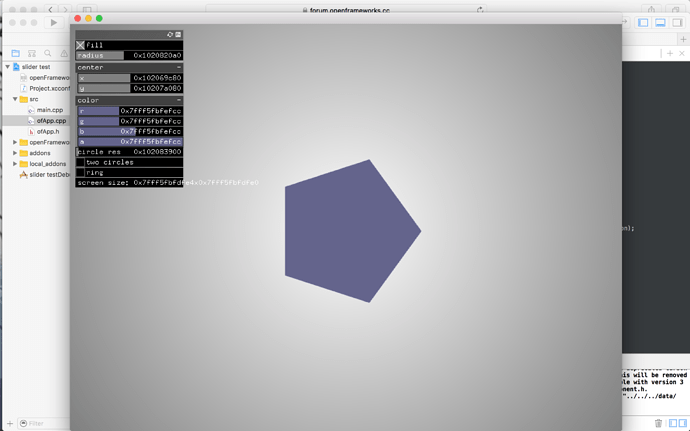 In the example folder there are some example with ofxGui, try to confront your app with the example one.

I’ve realized only now that the screenshot is taken (probably) from the example examples/gui/guiExample. I’ve tried it out, I’m on Mac too, and it works.

Hi. yes the screenshot is taken from that example