And they are not called anymore when I load the same video the second time, or a different video in the same ofVideoPlayer object.
Question: any of this objects should be recreated in the case I load some video with different pixel dimensions from the first video?

Other thing I’ve noticed is initTextureCache() is being called every frame, so maybe we could avoid allocating a new texture every frame with the following:

I’ve made a quick test of a program that can load two different videos in the same videoplayer instance, like this

And I think each load is spawning a new thread, and new ones when video loops and get back to start position. with a quick test of a few minutes I could see more than 100 threads 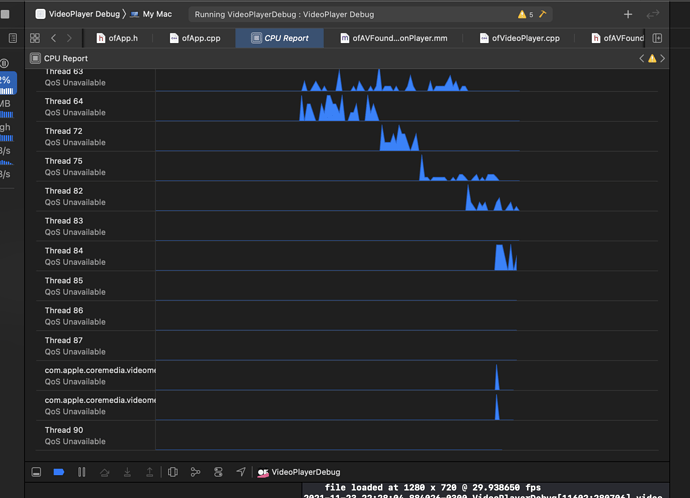 wow. do you think that it is AVFoundation that does that or that its implementation within OF is wrong?

My guess is there is something specific to OF.
Maybe related, title is maybe misleading: