OF Video not updated 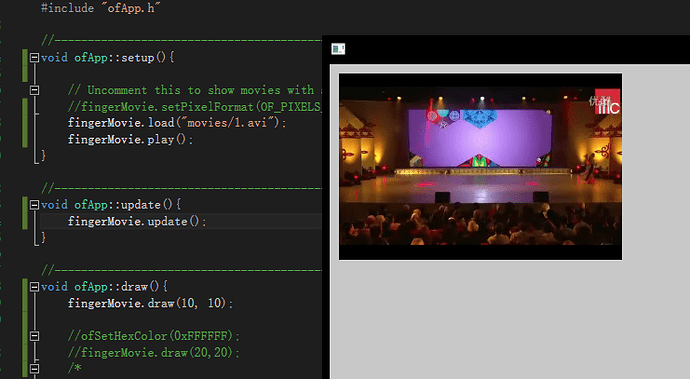 the app loads fine but only plays the sound, no video. just the first video frame was displayed, Not updated.
How can I solve this problem?

Hey did you manage to figure this out

I believe it is well explained in this short video from Lewis Lepton: 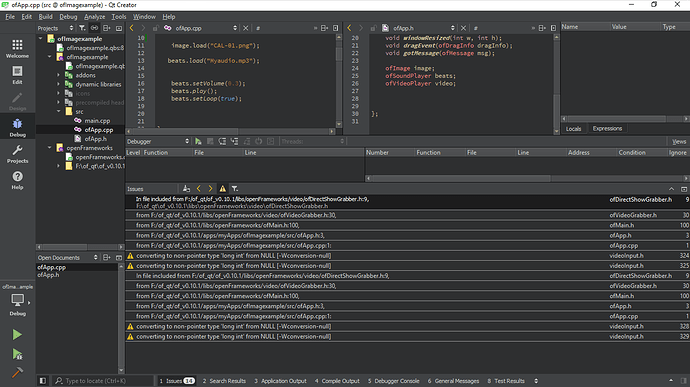 Cool thanks ,well i have , but i get the above issues, any idea ?

Something being used that isn’t initialized?
Maybe post the code of ofApp.cpp and ofApp.h?

If your video frame is not updating but the sound is playing, sounds like codecs could be missing.

What platform are you on? On Windows K-Lite Codec pack is recommended and on Linux, there’s an install_codecs.sh script.

should i include anything?

you shouldn’t need to have video.play() in the update as well, that can just be in the setup(). you’re video.update() is obviously fine in update()

but my only guess as well is codecs. I’m not 100% sure, because im on macOS. personally I would have thought just having the openFrameworks download would provide everything you needed.
im also guessing that maybe a video example in the examples folder of openFrameworks would have some notes, maybe?

There’s a link on the setup page on the main site / https://openframeworks.cc/setup/vs/

Starting in OF release 0.9.0 the video player now uses DirectShow and not QuickTime. To support QuickTime video files or files like MP4 video you will need to install the video codecs onto your machine. We recommend the K-Lite Codec Pack - Version 12.1.0 Full April 18th 2016 which is free to download and adds support for many video formats. Note: other newer versions of K-Lite might not contain the codecs needed for OF.

Not sure if that’s the latest, its a 2016 version, and I haven’t set up a Windows oF version in a while, but see if that works. Also, check with some other video files as well - does the videoPlayerExample in the examples work? That shouldn’t require additional codecs as far as I’m aware.

Also, you do have video.draw() in the ofApp::draw function as well, right? As @lewislepton points out, you don’t need video.play() in the update function.

Thanks guys !!! … well yeah i knew i did not need the play method in the update function was desparate looking for a way to make it work

…silly i know … ill sure check out the codecs , owh my examples dont run even when using MINGW 32 …, really appreciate the help guys thanks once more

I installed the klite codec and everything works well ,thanks a lot !!!