OF plane primitive and third-party model

I am initially loading a OF plane primitive and render it onto the screen and it does it fine. Check the following screen-shot: 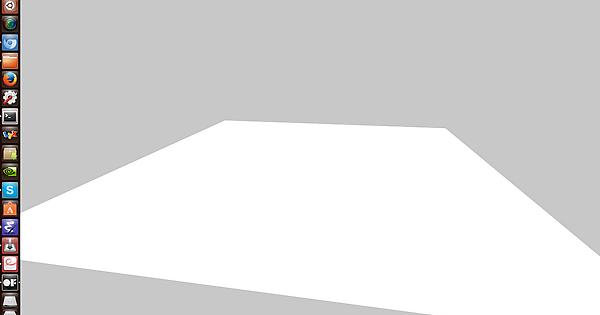 I can rotate the scene with the easycam object and it is fine so far, i can see both side of the plane primitive. Then i load another third-party model in the .ply format and try to place it over the plane and plane is invisible in certain orientation. I have to rotate the scene to see the plane primitive . Why is that so ? I could see both sides of the plane when i was not rendering the third-party model.

Right after i load and render the model along with the plane primitive beneath the model, i get the following output:

As you can , the plane beneath the model is not visible . Now if i orient the scene with the mouse drag, i get the following output:

Any hint to address this issue?

I think one side of the plane is culled after the rendering of the model. What do you folks think?

The issue is solved in some other way. I guess that there was something different about the initial model i loaded in the .ply format . Then i used another dragon model in the .obj format. Now the scene is fine enough . Lets check the following screen-shot:

Now i have something new. Now i am now trying to draw the wireframe with the function model.drawWireframe(), but still i am getting the flat model as shown in the above screen-shot.

Any hint to render the model in the wire frame mode or just the vertices of the model ?