OF functions and symbols could not be resolved

Hi! I’m new to OF, rencently followed the installing steps for linux. I could compile the polygonExample and others from the shell, but when it comes to eclipse(or QtCreator which I’ve already try to use it) it shows the following: 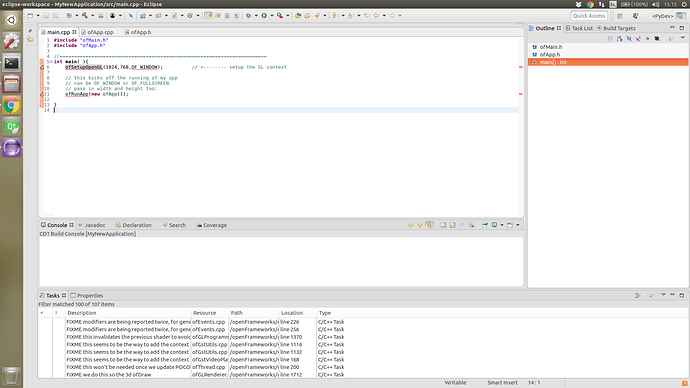 with the mouse over the underlined code, it pops up the following message: Function ‘ofSetupOpenGL’ could not be resolved.

does anyone have a clue of whats going on?
(in case it matters, I have windows and ubuntu with dual boot. I’ve also saw some errors while installing openFrameworks)

I understand that @arturo works or worked with eclipse
Did you follow http://openframeworks.cc/setup/linux-eclipse/
Do you get the same error in Windows?

create a new project using the eclipse plugin and compile it, just without adding any extra code. Does it work?

Hi Roy!
it works in windows using VS, without errors.

I will try once again with ubuntu and see what happens