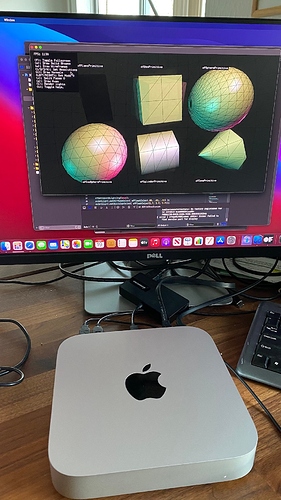 It would be great if it was run with Rosetta 2 (a feature that emulates an Intel Mac app running on arm core) that is not native.

How fast will it be if you run it native?

Of course, it is said that CPU/GPU is also fast, but I didn’t know that it was that much.

I should say that the example was running with vertical sync off. So it might not be as massive a difference.

Try on your Intel setup with:
ofSetVerticalSync(false);

I recently got the same example building natively on the M1 Mini and it was a similar fps.
Which just might mean we aren’t taxing the CPU/GPU very much with this example.

I’ll try and find a way to highlight a more meaningful difference between Intel, M1 Rosetta and M1 Native setups.

I tried the same 3D primitive example with the resolution on the highest ( press key 4 ):

Is Native OF already compiled ?

@bemoregt still working on getting all the libs building nicely and need to update the Xcode project template but it is close to be being fully compatible.

With the core libs compiled so far I was able to get the 3DPrimitivesExample working but it will be a bit more work to get an official release out with the changes.

I’ll keep this thread up to date as we get closer. 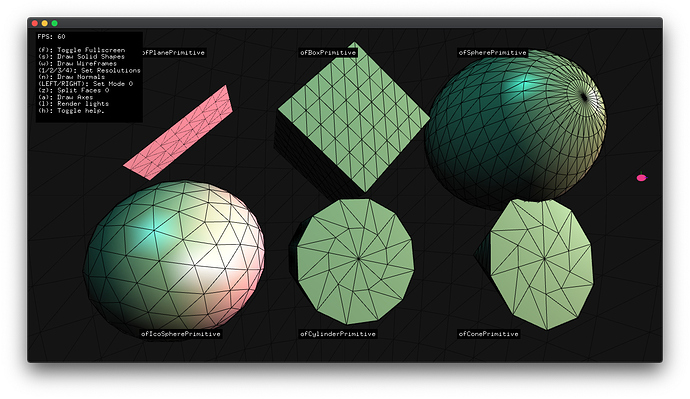 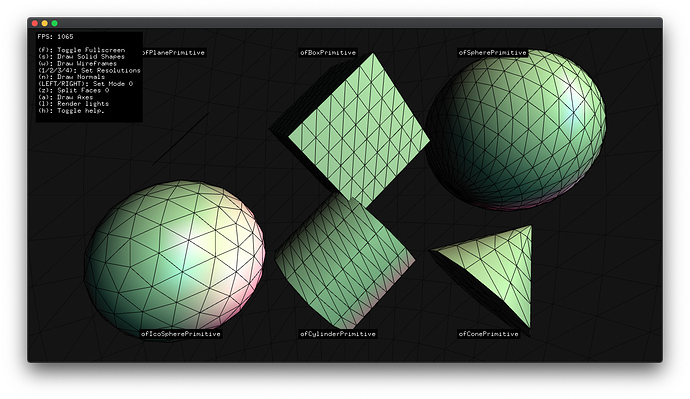 Try pressing 4 on your keyboard with verticalsync off I am guessing it will drop a fair amount below 1050fps.

So, are you using Open GL through Rosetta2? Would be posible to use native Open GL? Thx.

I have it working natively ( not with Rosetta2 ) so I am assuming the OpenGL calls are native call too.

Is there somewhere we can see the compatibility of OFX through Rosetta2 (or natively!) for individual features?

You never know with new architectures…I’m interested in webcams and video playback specifically.

Thanks a lot, @theo!!
Good news that OpenGl still working on the M1 Big Sur. I will definitely go for the mbp m1.

Here is what should be a BigSur / Apple M1 friendly version of 0.11.0. Still working through a few kinks on our CI but I tested this version on both a Apple Silicon M1 mac with Xcode 12 and a Intel Mac running 10.14 with Xcode 11. Please share any issues you run into in this thread. Theo