.Net framework in OF

I was just curious if anyone has tried it or what peoples thoughts on the matter were. Really my interest comes from cleaning up ofSerial into something readable. The SerialPort class in .Net is way more approachable than the win32 functions.

problem is you need to enable common language runtime support which requires disabling of some convenient features like minimal rebuild and run time checks. This also seems to destroy quicktime which after tinkering OF would no longer compile so I had to backtrack a bit.

I looked over at MS Open Tech and they haven’t touched it but I assume they are working on so many projects they probably haven’t looked that closely at it. I think there is some interop functionality to handle managed and unmanaged code but I haven’t had a chance to dig into it yet.

I haven’t used .net, but I’ve been really happy with the cross platform performance of Serial project (which is what I use in ofxSerial).

I had the feeling I should have asked you before posting

will do some testing with that.

Btw we are starting a new lab over here at Depaul in our new design school. I will probably email you about it when its more concrete but it would be cool to get some more things going in between schools since you guys are right around the block.

Interesting I went through the serial projects implementation and its pretty close to what OF already had for windows though it does wrap things nicely. They also use the win32 apis for handling serial communications. Perhaps ill talk to someone on that team to see if they ever tried using managed code from .Net though I can see why they probably didn’t since their goal is cross platform. still worth picking their brains though

Thought I’d add this to the mix 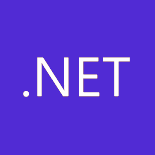 coreclr - This repo contains the .NET Core runtime, called CoreCLR, and the base library, called System.Private.Corelib (or mscorlib). It includes the garbage collector, JIT compiler, base .NET dat...