I have been using the magewell HD and 4k with a 4K Marshall camera successfully, when set to output HD resolution.
Now I’m testing the videoGrabber to capture 4k but the grabber sets itself to 2560x1440 even though

Does anyone have experience with capturing 4K over this USB device?

Just in case, did you use the magewell application to set the device settings, maybe you need to set it to 4k there for it to be recognised.

thanks for the reply.

yes I tried their software and set resolution to 4096x2160.
but the capture formate seems to get set by either quicktime or my OF app. but both don’t offer 4k. 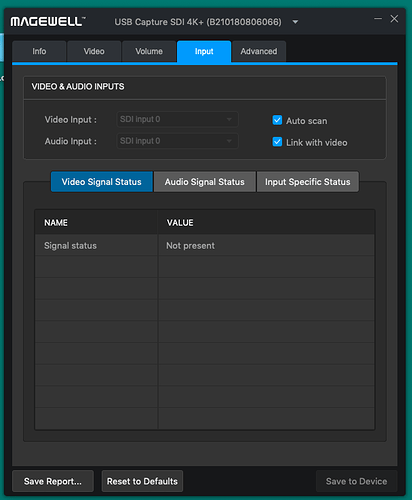 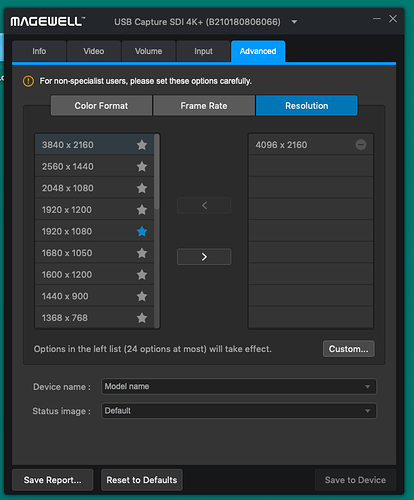 I have an interest in this for an upcoming project, did you get anywhere? Could you make it capture at UHD instead of the DCI format, so 3840*2160, I see UHD as a standard capture preset in avfoundation: https://developer.apple.com/documentation/avfoundation/avcapturesessionpreset?language=objc_2 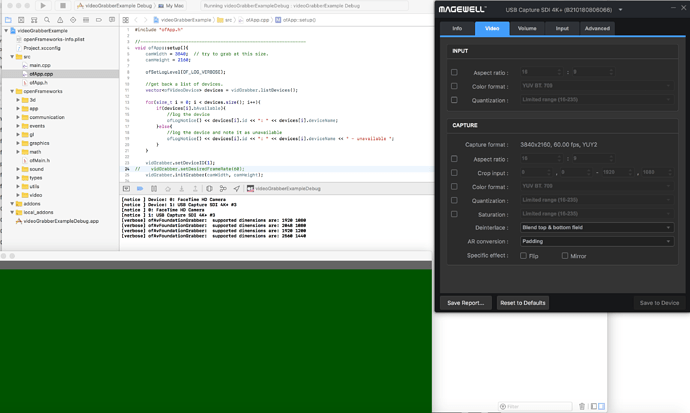 It now works. All I changed was using a SDI cable that is sold as 4K capable. Not sure if that is really why it works now or if doing a reset on the SDI 4K unit helped. 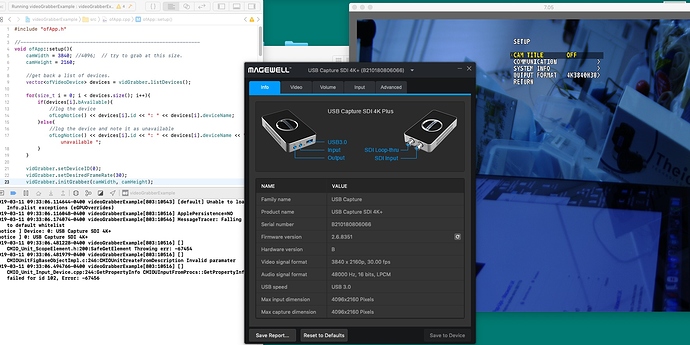