I want to make ofxboids work with shaders 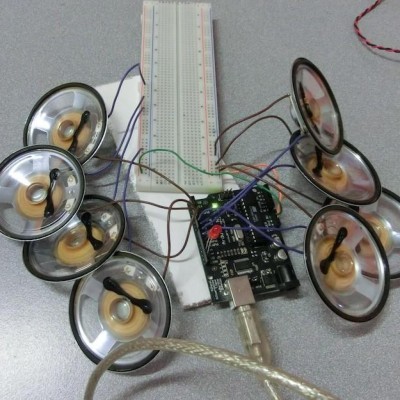 I want to use ofxboids in this URL, but if the number of boids exceeds 1000, FPS falls.
In order to solve this, I would like to write coordinates and update of each Boids with a shader. How can I write it?

The addon you linked id CPU based. You have to port it if you want to have it working in the GPU.

To calculate the position of each boid in the GPU you have to use textures. In one texture you read the boid position, in the other texture you update the boid position. When you’ve finished to read and update the textures, you have to swap them, so that the edited one it becomes the new texture to read. This is called ping pong buffer and there is an example in example/gl/gpuParticleSystemExample. I would start from this example, then I would add some perlin noise to move the boids randomly, then I would pass the position of an attractor as uniform, then I would update the shader code that calculate the new position of the boid adding a force that push toward the attractor.