How to draw mesh in Fbo?

I just want to mesh draw on fbo. because ofxVideoRecorder need pixels from fbo. I try to add fbo in 3d examples. The code like below that. 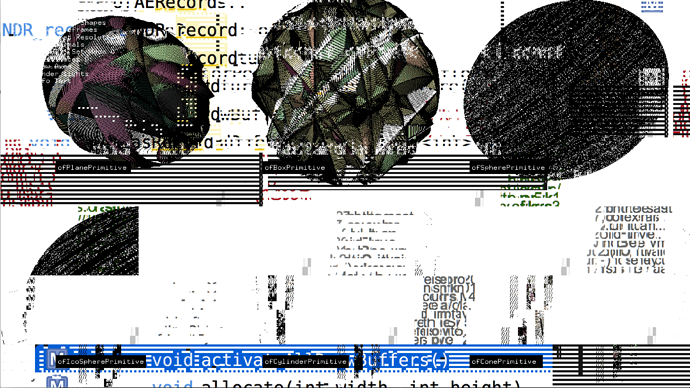 Please let me know how to draw mesh in fbo.

fbos don’t autoclear themselves so you are seeing noise that was originally in the texture backing the fbo both in the color and depth buffers. calling ofClear(255) (or whatever color you want to use to clear the background) should solve the problem

Great!!! I really appreciate your comment. The problem has solved.

I just try to fbo.clear(); I don’t know why don’t try ofClear(). It works perfect for me.

this is how I allocate the fbo:

then I create a mesh coming from a SVG file like this:

this is how I draw the Mesh and the Fbo into the screen: 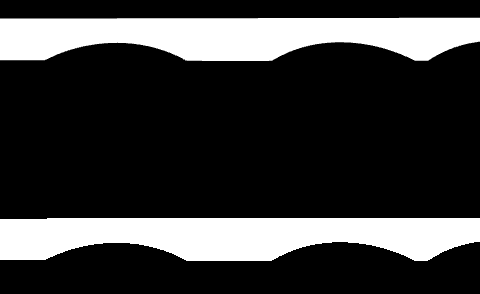 I read a lot of problems about opacity in Fbo’s, my background is transparent, just in case is a useful info.

Can anyone help me on this?

About this antialiasing issues, [multisampling] (https://forum.openframeworks.cc/t/render-to-texture/371/33)
seems to help.

was drawing on a transparent FBO; the blending wasn’t helping. When I clear the FBO with solid black (0,255) it looks as it
https://github.com/openframeworks/openFrameworks/issues/3598

I found a solution within the github issue that you posted… I tried with different GL modes but I never tried to increase the number of samples, that was the key.

this worked for my case:

Your reply was quick and accurate, thank you so much for that.