How to draw a cylinder starting from 2 ofNode

I’ve two ofNode, A and B. Given this 2 node and the radius, I want to draw a cylinder.
I can retrieve the position of each of them with node->getGlobalPosition and the orientation with getOrientationEuler() (I think).
I’ve seen how to draw a cylinder with openGL, what is not clear to me is the orientation part, what in this picture is the B node, that is rotated on the z axis of 45 degree. 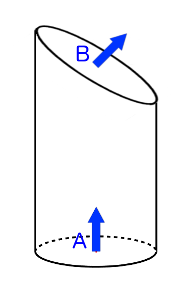 Can someone suggest me how should I proceed?

i would draw 2 circles and move each of them by multipliying their vertices by the node matrix. then just join the vertices of the 2 circles by creating triangles between them using the indices

Ok, now ofNode is officially my favourite class. I post the code here as reference, in case someone will have my same problem. I’ve used TRIANGLE_STRIP, because it looks like this is the way to go to draw when you want to draw cylinders, although I’ve seen also people using TRIANGLES and adding the indexes after. 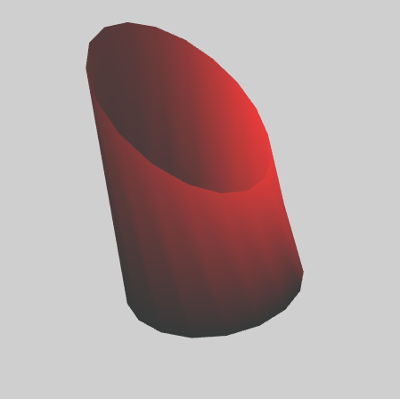 My problem now are the normals. I think that for every vertices, the normal should has a direction that starts from the center of the circle and goes out. That’s why I’ve made ofVec3f direction = (ofVec3f() + circleTemp).getNormalized();, is it correct? I thing that the light looks a bit strange. Is there a way to debug the normals? to draw them on the screen?

also if you put the mesh into an of3dPrimitive you can call drawNormals on it. some other people have asked about drawing the normals on a mesh so we might want to move that method into ofMesh but not sure 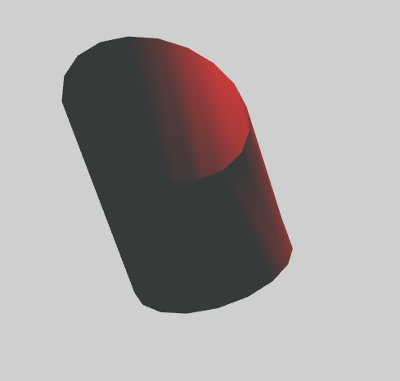 Now it looks a bit too dark. I will try to put the mesh in an of3dPrimitive and debug the normals 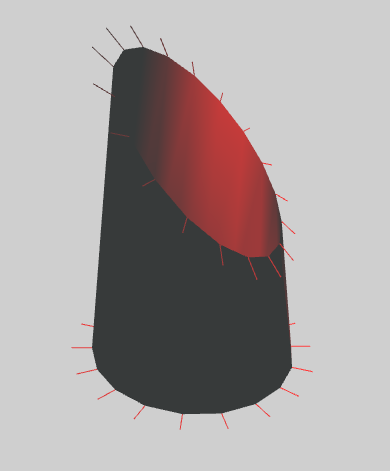 Drawing the normals it looks correct. I’m not sure if the upper part is it really what i need, i will probably multiply only the z for the matrix, but for now it is ok. Thank you!