How to do a Image Rectification by using OpenFrameworks?

So that, I need to rectified image before to find a depth value
because block-matching algorithms ( using to find a disparity range of two image ) can not find a match area. 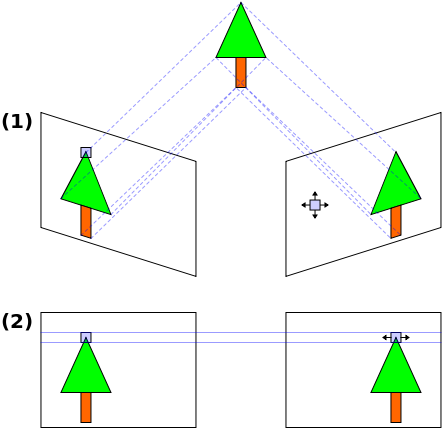 This image processing tasks are usually carried out using OpenCV. OpenFrameworks has an addon called ofxOpenCV which you can use.

As for how to rectify using OpenCV, there are plenty of tutorials and examples online, just google “opencv image rectification” or “opencv stereo depth”. This is a simple reddit post I found describing a solution.

I will try from your suggestion ,

thank you so much @Hennio