How do you correctly install oF?

I still can’t figure it out, Visual Studio 2015 is missing all of __builtin_ except one and Code::Blocks says can't open icon file 'icon.ico': No such file or directory and goes then for every header file.
I spend hours just trying to make it work but it never actually did.
There’s not much information about these errors on Google.
Some people might have it very easy to set it up but I am very confused. And yes the projects are in the directory openFrameworks\apps\myApps.

Are you able to open and build any of the VS solutions in “of_v0.9.0_vs_release\examples”?

They won’t work. It’s something about the compiler.

weird, bcz with a fresh Visual Studio 2015 and the package from the website. it does work pretty good for me, no errors.
the problem might come form your visual studio. I have a lot of problem with when i play with the settings.
and make sure you use the project Generator to start a new project

Can you post the exact error message that you are getting?

Did you try building with both win32 and x64 toolsets? x64 gave me problems on my first install and win32 worked.

also code blocks is not supported any more, are you following the install guides in the web?

I uninstalled Visual Studio 2015 Enterprise and installed Community version instead. The Enterprise installer was broken but the Community wasn’t. That also maybe the reason why it doesn’t work because it’s not 100% installed because it gets stuck sometimes forever that you are forced to close the application in the background with task manager.
It works fine now to run OpenFrameworks. 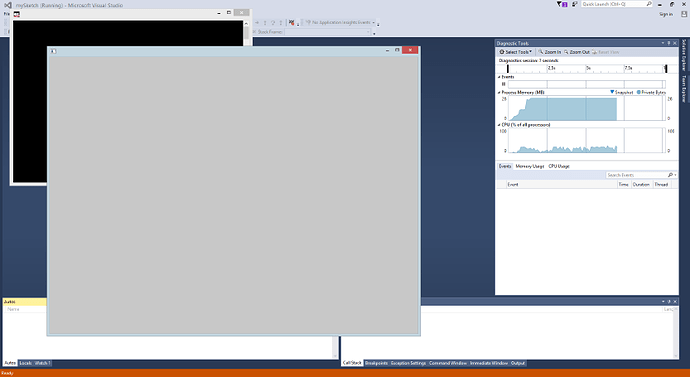