[HIRING] Create a game-like GUI with a unique artistic aesthetic

I’m looking to hire someone to put a game-like GUI on my Max/MSP project using OpenGL. 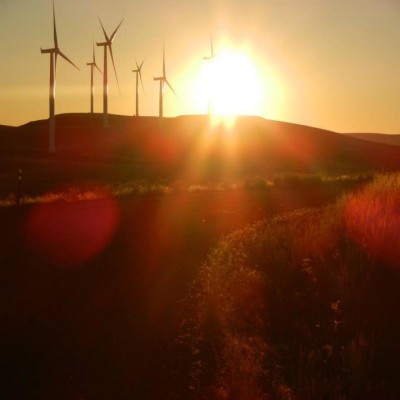 The Amanuensis is an automated songwriting and recording system aimed at ridding the process of anything left-brained, so one need never leave a creative, spontaneous and improvisational state of m...

There has been much deliberation, but the consensus seems to be to create this game interface as a separate app, which will receive communication from the main program via OSC. This will allow for flexibility in choosing which framework/language to write it in, as well as provide a path for eventually building it into a full standalone video game. Probably the best framework for the job would be JUCE, but openFrameworks, Nannou, Cinder or any other would also be options. The possibility of doing it natively in Jitter also still exists.

This project is destined to be a rhythm game not unlike Guitar Hero, except that you write the music you’re playing to as you go. Below is a video of the system in action as it currently stands. I start playing and when it likes what it hears it starts building a song around me in real-time. If it’s a little hard to differentiate what’s what audibly, that’s where this new visual interface will help.

There are essentially 3 things this first iteration needs to do:

When these things should happen and all the numbers involved will be provided to you through OSC messages. You would only be responsible for the visuals (and creating an OSC/UDP receiver).

This GUI will need to convey certain information, but within those constraints I’d like to leave as many of the design decisions as possible up to you. This is because it’s important to me that whoever takes this on is able to bring their own unique creative vision to the aesthetic. For ease of conveying ideas I reference Guitar Hero, but it must be stated that that game is really not the sort of aesthetic I’m looking for. I’d prefer to steer clear of it looking like a cartoony child’s toy, the way Guitar Hero does. I’m looking for a piece of art to be made, something that could spark an emotion just by looking at it. Or to put it in a word, ideally the thing would look just plain gorgeous. Whether that’s a dark sort of gorgeous or a light one, or a mind-blowing psychedelic sort of gorgeous, the way everything will be pulsing on-screen with various rhythms will provide huge potential to make something that’s a real treat to look at, even sort of addicting and mesmerizing.

To give a better idea what I mean by that, I’ll delve into some more of the details. 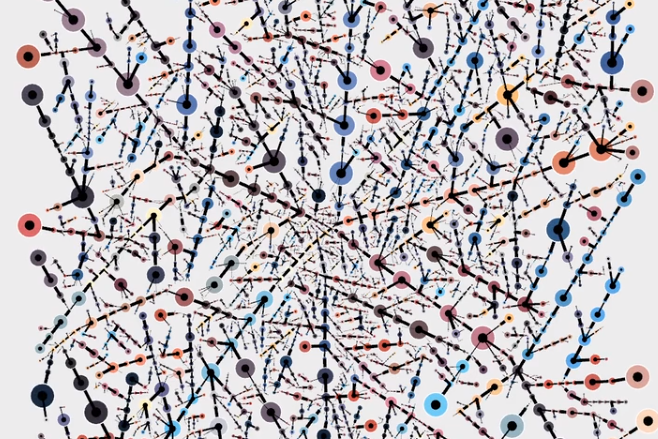 A still image of an example animation from www.nannou.cc. Any of the example animations on their homepage would embody the sort of style I’m looking for. I recommend checking them out; they’re quite pretty.

I really do see this project as being a video game, even if it’s a bit lacking in the “video” department currently, and this interface for it should be treated as such as much as possible starting from the ground up. Therefore, it should be written like a game engine with a central main function that executes every frame and classes as separate files for each of the objects that appear on screen.

In addition to being very-well commented, I would ask that you leave as many tweakable variables throughout your code as you can so I or anyone else can make adjustments to the way it looks down the road. These variables might control things like the spacing between objects, colors, thickness of lines, etc. and would then need to be declared in an obvious and organized section at the top, as globally as possible, or perhaps more ideally in a separate JSON reference file.

All the information you need will be conveyed to you via OSC messages. You can watch a sampling of the messages as they’re sent below.

The OSC messages are as follows:

We can discuss how long it may take to complete, but 4 weeks from the date the task is accepted can be our rough preliminary deadline.

Reply to this post or contact me through Github for more details. I can also be found on discord @to_the_sun#5590 or you can message me at soundcloud.com/to_the_sun.