Grabscreen is not working in mobile devices? i'm getting lines

Hi! i been trying to use grabscreen and then draw the segment in the screen but i’m getting white lines anyone had try it before or any ideo for a possible fix? 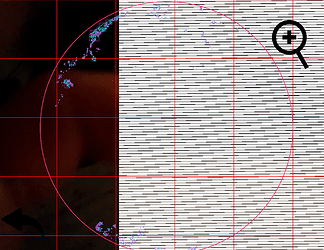 I end up using a fbo but i wonder why is not working correctly.

Is the grabscreen last job of screen drawing? Maybe the white part is drawn after you take the screenshot?

If you put the grabscreen into the touchUp() void, you may have such result. Because touch events work asynchronously (They are synchronous with the user interaction, not with the draw function).

Thanks for your answer.
I delete the code but pretty sure i did it that way but no sure if i write the boolean at the en of draw() i will try it later.