What is its equivalent in glm ? I had a look at this documentation https://glm.g-truc.net/0.9.0/api/a00181.html#_details
but it looks not the same thing as it takes 2 vectors as parameters.

My bad, the syntax is the same as the other glm operation glm::perp(v1,v2)

Trying to get used to glm When I do this in 2d I used to just call ofVec2.getPerpendicular() with glm I am doing this. 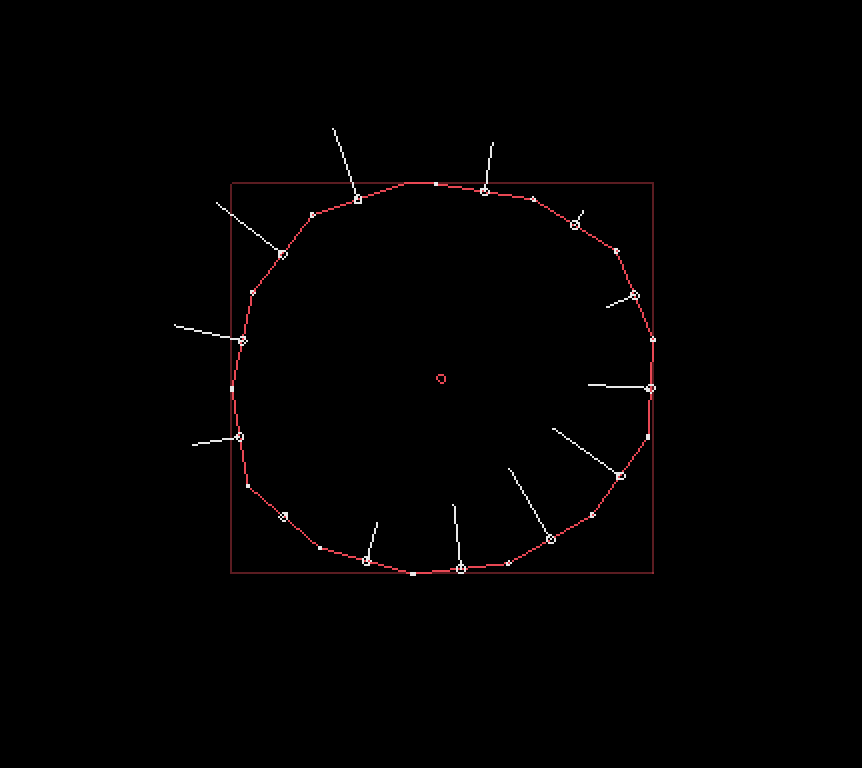 what am I doing wrong?

I don’t know, and the answer is indeed hard to find on the web. Weird. But I know you can do it like that:

most probably glm doesn’t include such a function cause it can have multiple solutions (2 in 2d). what @lilive proposes is usually how you calculate the perpendicular and it’s what ofVec2f does (but normalized). the second solution would be glm::vec2 perp( v.y, -v.x );

Yes - I ended up just doing (-y, x) What do you think of some type of glm utils class?