I’m pretty new to of (2-3 days of playing around only) and this is my first post here. I started playing with ofxTimeline on Windows but the process was quite frustrating. I forked the project with some minor/major changes (nothing to the UI). I’ve already submitted a pull request but who knows when will that happen?

Here’s some changes and general info from the readme file:

This is a fork of > ofxTimeline without any dependency on ofxAudioDecoder. As a result there is no support for mp3 files.
I spent hours trying to get ofxAudioDecoder to compile properly, however the provided example did not behave as expected once no errors where thrown. Furthermore upon inspection of ofOpenALSoundPlayer_TimelineAdditions, the only instance of ofxAudioDecoder is found in decoderReadFile function which is only called when the file format is mp3.
I’ve been successfully able to compile the allTracks example on Windows 10 using VS2015.

You need the following dependencies:

All examples have been updated for Windows using VS2015. However creating a new project, adding the dependencies and replacing the ofApp.cpp and ofApp.h files with those from the examples should suffice for a successful compilation on any platform.

Unfortunately I have not tested this fork on Linux or Mac. Feedback and issue reports will be highly appreciated especially for Mac and Linux.

I hope this helps someone out there! I’m not planning to abandon this fork/repo but I’m also not planning to actively develop it. I do know that it will be used throughout my projects as I get more experience with of, so I had to make it compile for all tracks first before moving on. 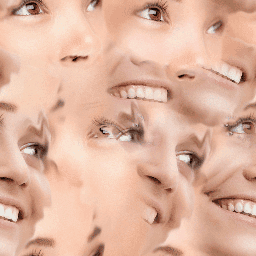 Hi,
ofxTimeline needs a heavy update/upgrade. I’ve been sparsely working on it, yet nothing really useful/shareable.
Although, I know that ofxAudioDecoder is a bit picky on windows. If you are interested on using ofxAudioDecoder on windows you should take a look to this https://github.com/kylemcdonald/ofxAudioDecoder/pull/3
best!

I actually used that repo and linked all the required MF libs and yet didnt pass the assertion that checks the buffer size. Which led me to think why ofxtimeline was able to parse wav files with audiodecoder but the example didn’t work, and later figured it’s actually not even using it for all file formats. From my understanding audiodecoder is only used for mp3 files. Do you have any info on it being used somewhere else in ofxtimeline?

At the end of the day I rather spend some RAM on wav files than CPU on decoding mp3s.