I have been searching the web for a way to make FFGL plugins that I can load into a host (e.g. Resolume) with openFrameworks or a similar library (processing, cinder). I would like to be able to make the plugins controllable in the host, so I can run multiple plugins without having to host each one and spout and run many different applications and do midi mapping separate for all. I would like to do this on mac if possible.

I found a lot on this topic but it all seems to be very outdated and using very old versions of openFrameworks.

The closest I have seen is a windows only solution using spout and spoutcontroller (I will for sure check this out), but I would like to do it on mac is possible.

Can anyone point me in the right direction to make FFGL plugins from openframeworks sketches or another way to do this, preferably with a recent version of openFrameworks.

I managed to write some FFGL plugins for Resolume quite a long time ago, but the thing never worked to full satisfaction. The attempts (more or less successful) are mentioned in older threads in this forum. I can give you the source code if you can’t find them here and you are willing to play with it.

A few people tried to fix the bugs in the addon but as far as I know nobody managed to solve them. Nevertheless the code I hacked together worked well enough to be used in some real-life big show, so may be you could give it a try. It used to work with OF0.8.x, so may be it should be updated for newer versions.

And, well, it doesn’t work with the latest Arena 6 because now the plugins must be 64 bits.

The whole stuff would need some brave spirit willing to rewrite the ofxFFGL addons from scratch!

Thanks for the reply,

I would definitely be down to have the code and give it a go and see how far I get. If I get any further with the problem I can let you know.

Wouldn’t you be able to compile the oFX code to a 64bit plugin?

@ruudvanbuul you can try this addon and see if it suits your needs. It is sub optimal but it solved my problem and may be it will solve yours too

hi friends, here you find the link to an addon I wrote to build FFGL plugins with OpenFrameworks. With this addon, together with the related FFGL-SpoutBridge plugin (included in this repo, in the FFGL-Plugin directory), it is possible to use an openFrameworks application as a plugin for any software adopting the FreeFrame FFGL standard. I only tested it with Resolume Arena (a demo version can be downloaded here ) but it should work with the other hosts too. Since integrating openFrameworks …

I think your sulution is pretty close to this processing solution with spout and spoutcontroller: http://ericmedine.com/spout-controller-for-resolume/. It sounds like it is the same idea. Would you mind sharing your old work to make oFX and FFGL work together even though you ran into bugs I might be able to get useful information out of it?

I might just use windows instead of osx since it seems there are more resources available and I am able to dual boot on my mac. Unfortunately I haven’t had much time to look at this yet since I have been stuck with some big projects for work.

Thanks for the reply!

Would you mind sharing your old work to make oFX and FFGL work together even though you ran into bugs I might be able to get useful information out of it?

Of course I would

now I’m running out of time (early morning here and have to go to work) but as soon as I can I’ll create a github repo with the old code. I was a little reticent because it’s not working properly but if it can help, why not

Ok here it is. I will add missing pieces (like the Windows VS project files) later when (and if 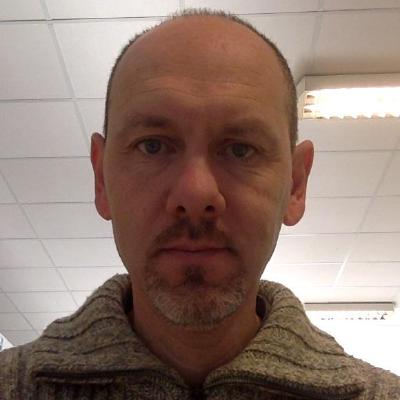 Let me know about your progress

Thank you very much Davide!

I will take a look at all this when I have more time available. Thanks again for sharing your work!

For this application stability is crucial (no one wants the videowall on the stage to display a BSOD or something equally weird during the show!)… I remember following the performances where my plugins were running with a bit o anxiety

In my tests I manage to understand how the plugin mechanism works, but I lack the knowledge in OpenGL (and OpenFrameworks internals) needed to successfully integrate it with OF so I could only get so far.