After several months wrestling with Android Studio and lots of hair pulling, I’ve finally launched my 1st OF app on Google Play.

An open-ended fantasy gardening app that lets you play around a flower meadow, with changing weather, butterflies, plus more, in a mixed reality environment. In your phone. 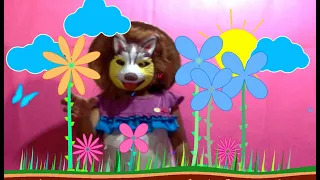 Here’s the download link for now: https://play.google.com/store/apps/details?id=cc.openframeworks.androidShaderExample
(Yup, someone forgot to rename their package early on before launching)

Big thanks to the whole OF team, plus huge thanks to @Drazinut and @mkrebs for your awesome tips!

Btw, in case anyone is planning on releasing new app/s on Google Play, you’ll need to factor in at least 1 extra week on your launch date.

It took my app almost 6 days to get approved on their store. Probably due to the fact that kid-oriented apps and games need more scrutiny to pass the screening process, and my app happens to be designed for ages 3+. So if your app caters to users > 13 years old, then expect the approval and app update process to be shorter.

Also, it would be highly appreciated and beneficial for the Android port if we could get a working example/tutorial in Android Studio for building an app as a Signed Android App Bundle, instead of the traditional signed APK. I tried it myself, but I can’t seem to get it to work, so I uploaded 2 separate APKs instead, a 32-bit and 64-bit in one go.

Nice! I’m glad you got it working! The YouTube link comes up, but the play.google.com link didn’t, and I couldn’t get it with a search on the Play Store app.

Thanks. About the link, it’s usually unsearchable on the Play Store app when the device is not currently in the supported device list by the app being searched.

Since Google’s new imposed policies since 2019, it’s getting tougher for newer developers to access the wide array of devices used to be available. The 64-bit requirement and high minimum API level support for new uploads is just prohibitive.

Hopefully someone here might find a way for building using the Android App Bundle format, to make development a little less burdensome.