Hello! i’ve heard great things about OF and its community and figured its time to finally jump in after tip toeing around the idea of using openframeworks for a few months.

(plus i figured this would be a great way to get more involved in the community!)

Have a look at examples/sound/soundBufferExample

I have done something similar, for a tool I wrote that does stuff with samples.

I load the audio data into an ofSoundBuffer, then make an ofMesh with OF_PRIMITIVE_LINE_STRIP and add a vertex for every n’th audio sample. For stereo you have two meshes

I use ImGui for the UI but the ofxGui that comes in oF/addons is fine as well. 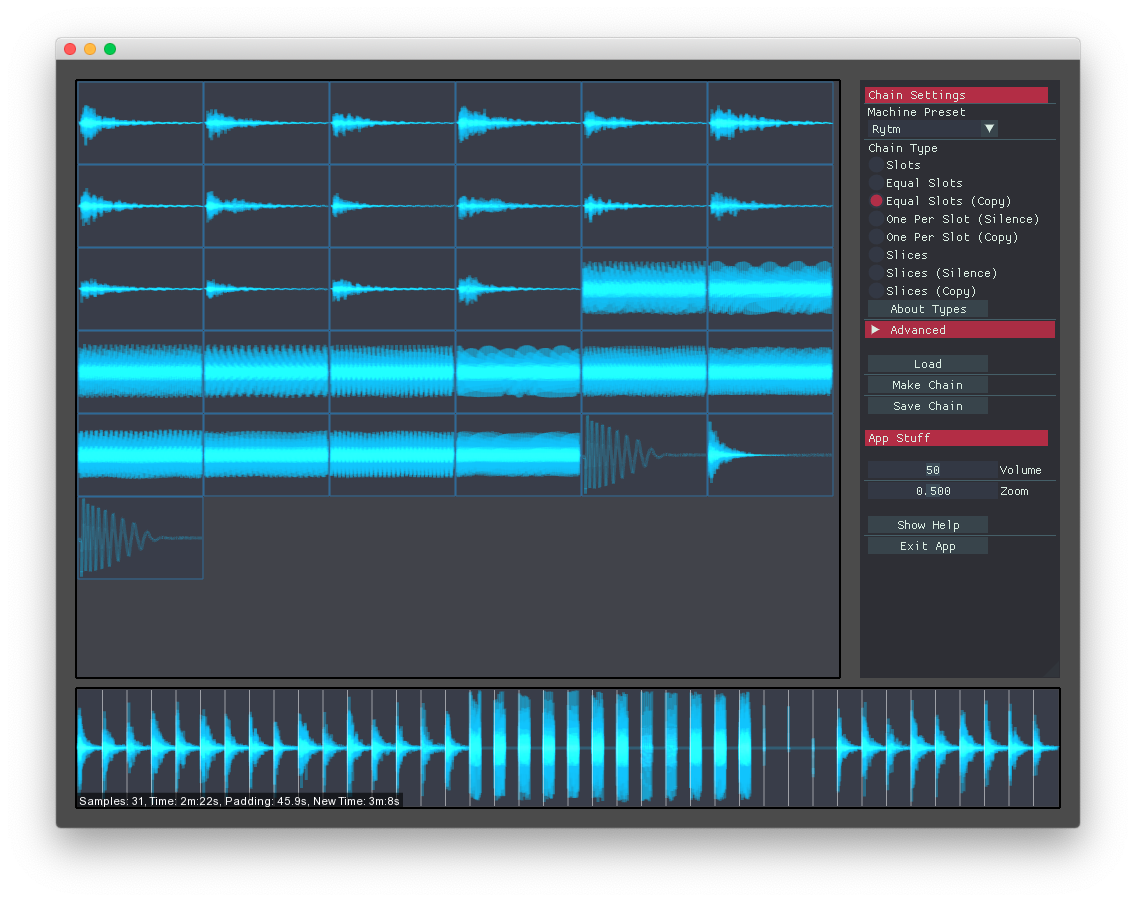