When I’m trying to load any models, including the ones from the assimpexemple, it fails to load and give a blank error message. It seems, inside the loadmodel(path) function, the scene variable fails to initialize and end up as a nullptr or something, because if(scene) returns false.

I am assuming the problem comes from the compilation settings from vs, but I not a single clue what is wrong.

In the version of OF or the way the addons are added using vs or project generator, a file named cimport.cpp, containing only a function that was returning a nullptr, is added to the project while it shouldn’t. Overwritting the actual function, it prevent the scene from loading. Removing it from the project fixed the problem.

The file can be found under : addons/ofxAssimpModelLoader/libs/assimp/include/assimp/cimport.cpp

For the reference ou the curious, here is the content of the file :
#include “cimport.h”

Are you 100% sure that the file exists? on which directory did you put it?

on which directory did you put it

I never created, edited, moved, or even actknowledged this file existance until I found it.

And to answer more, here are three screenshots :
The first one is the location of the file, in the OF folder downloaded from the website.
The second and third one are showing me creating a project with the generator, then showing the existance of the file and his content in the solution. 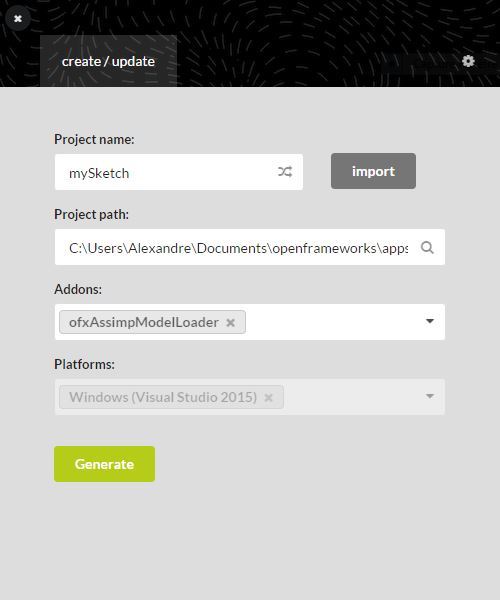 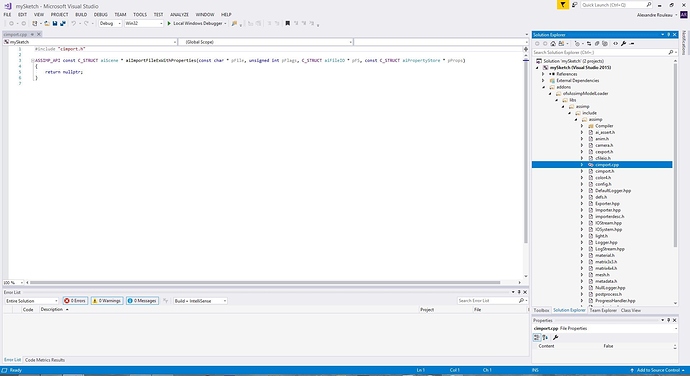