Hey guys! I’m new to OF and playing around with contour finder and ofxCV. I want to make points move around inside the contour, and am slightly confused how to get the points or do that. Do I need a convex Hull? For now I have this in draw:

Would appreciate any help, thank you!

Thank you so much for you reply! I was thinking of the circles to move randomly inside the contour.

So the points will move inside the contours of the hand. The image below is the circles moving along the contour. 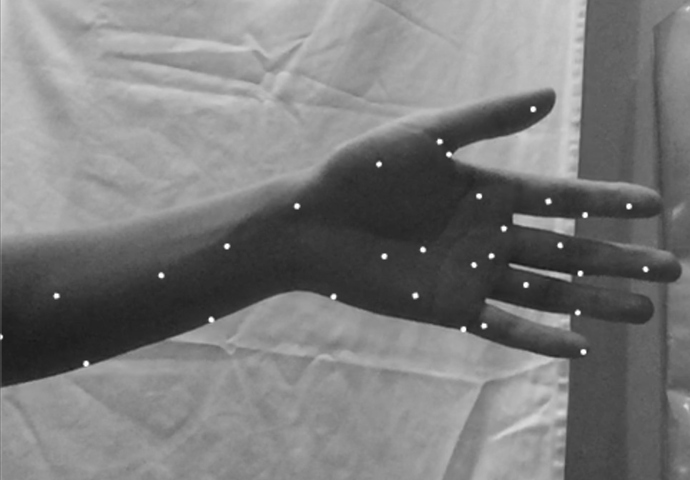 This is a reference from friendred studio

I am not sure how you access the points of the contours without getting a polyline.
I see this in the contour finder library and was wondering if this is how I get the extreme points? I iterate through contour.size() but how do I get the separate points, does it have to go through get vertices after making a polyline? Sorry if it’s a super dumb question…

I see.
and there are no stupid questions here

as for the dots moving randomly inside first make some particle system with these particles moving around. On each update test each point to see if it is inside or outside the contour. If it is outside then you should bounce it of the wall. In this case ofPolyline provides several utility functions that will be really helpful. There is one that checks if a point is inside or outside of the polyline.

it is up to you how to make it bounce. you can simply flip its direction or bounce it according to the normal of the polyline shape. there are also functions that will help you with this in the ofPolyline class. Take a look at it’s documentation or read the ofPolyline.h file

This is a reference from friendred studio

Friendred is a friend of mine.

he is super talented and extremely hard working.

Thank you so much, such a great help! I’m currently working on it and have a quick question, if I do

Is li.x the most extreme left point?

if so, to check if the particles are inside the contour polyline, is it correct to put these bounds as being within the contour? Won’t that miss out the other extreme points along the contour?

Also, to initialise my particles, in setup, I set

particles get immediately draw all over on the screen before I can update it and check if its in the polygon, so it is not within the contour, is there any other way I could change the setup
I’m playing with using attraction forces with particles[i].addAttractionForce(li.x,li.y, 200, 1); //(x,y,radius, strength). For now, I think the particles are being attracted to the extreme points. I aim for the particles to only be repelled when reaching the bounds of the contour, so they stay within the contour. 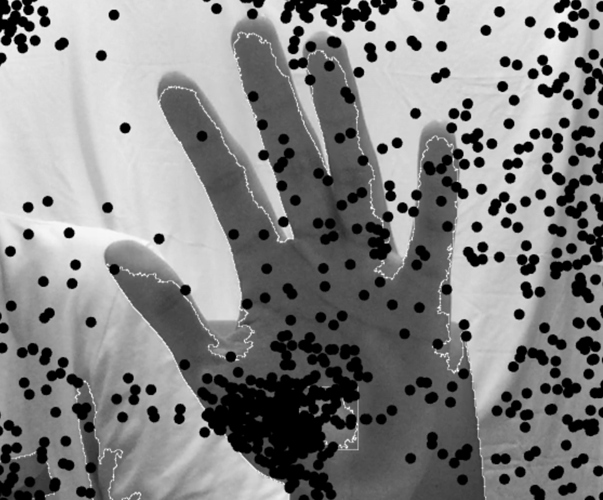 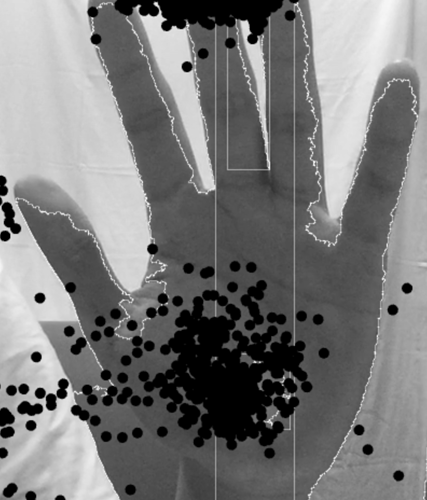 Is li.x the most extreme left point?

if so, to check if the particles are inside the contour polyline, is it correct to put these bounds as being within the contour? Won’t that miss out the other extreme points along the contour?

Not sure what you mean, yet you can skip finding the extreme points if you only want to find if the points are inside the polyline or not.

If you want to find the extreme points out of the ones that are inside the polyline, then you need to check in the same for loop if it is inside and if it is the most extreme, and only then update the extreme’s indices.

I have no idea how your particle system or its attractors work so it depends a lot on it.
Yet you could add to it a condition where it “kills” a particle if it is not inside the contour. This mostly means adding a bool to the particle class and change it to kill the particle. Then the particle controller checks against it for either, removing the particle from the particle collection, reusing it and trying to give to it a new position within the contour or simply not drawing it.

aahhh I see, but to check it using

how do I get the some_points? is it using contour[i][j].x and y for the arguments for polyline.inside(some_point))

how do I get the some_points? is it using contour[i][j].x and y for the arguments for polyline.inside(some_point))

By some_point I meant just any point, not a specific variable named like that.
As countour is a collection of collection of points you can pass it like

Hello! sorry my bad, I tried it and had an error then but have fixed it. Thank you so much!

Do you know why when I used

it erased all the particles on the screen instead of just within the contour areas? It worked when I used it to delete particles which .y position were below a number

thank you so much again!

Hi, it is not a good idea to use that because it modifies the number of elements on the particles vector and messes up with the indexing values used in the for loop.
Instead do the following.

then replace the code you posted with the following one.

Thank you so much and for your time! Will refine it more!